To share your memory on the wall of George Jukich, sign in using one of the following options:

Burial with a private family committal service will be in Sunset Memorial Park, Saturday December 12, 2020.
A memorial celebration will be planned for a future date.
Funeral arrangements are under the direction of White-Reynolds Funeral Chapel. Condolences can be left at whitereynoldschapel.com
Read Less

To send flowers to the family or plant a tree in memory of George Jukich, please visit our Heartfelt Sympathies Store.

Receive notifications about information and event scheduling for George

We encourage you to share your most beloved memories of George here, so that the family and other loved ones can always see it. You can upload cherished photographs, or share your favorite stories, and can even comment on those shared by others.

Posted Jan 07, 2021 at 07:03pm
Uncle George was a gentle, kind man. Respected by his family and friends. I always looked forward to his trips to Ely. Prayers ascend. Love, Trudy

Posted Dec 13, 2020 at 10:06pm
George welcomed a newcomer to The Elko Clinic in 1977. I came to Elko from Boise to be the X-ray tech at the clinic and hospital under the direction of Dr Terry Kein. George and his side kick, Vaughn Nelson,’ Doony’, kept things running. Kindness, teasing and humor abounded. George nicknamed me ‘Kinky’ after a perm. I will never forget him, his humor or kindness.
Comment Share
Share via:

Posted Dec 13, 2020 at 03:52pm
May you feel the peace of our Savior, dear Edna Mae and family, as you are temporarily apart from your beloved husband and family patriarch...

It was always a joy to visit with this delightful couple as they walked by my home daily, They were always friendly, cheerful and encouraging. Thank you, Jukich family, for being awesome neighbors and friends. 😀🌲😍🌾💐🌲
Comment Share
Share via:
JC

Joyce Combs
I am so sorry to hear of George's passing. I have many fun and fond memories of him when we worked at the Elko Clinic in Elko Nevada. My sincere condolences to Edna Mae and family.
Comment Share
Share via:
JC

Posted Dec 12, 2020 at 10:28am
We are so very sorry to hear about George’s passing. We knew him from square dancing several years ago, and he was such a nice man. Our condolences to Edna Mae and the family.
Dave and Julie Vanden Bosch
Comment Share
Share via: 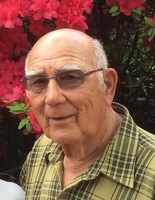