To share your memory on the wall of Dennis Keegan, sign in using one of the following options:

He was born March 3, 1953 in Twin Falls to Jim and Helen Keegan. Growing up Denny spent a lot of time outside camping with his family, skiing with his siblings, playing sports with the St. Eddy’s boys, and helping his parents with their apartments or potato business. He developed a deep love of the outdoors.

Denny graduated from Twin Falls High School in 1971 and went on to Lane Community College in Eugene Oregon. Graduating with an associate degree. After graduating, Denny returned to Twin Falls, where he met and married Shirley Keegan. Together they had two children, Kyle, and Melissa. Denny and Shirley had a beautiful life together and were married for thirty-seven years.

He worked the majority of his life at Keegan Inc, which he owned with his brothers. Denny was highly mechanical and enjoyed designing and building things. He designed and patented a potato bailing machine that made bagging much more efficient. Later in life he and his son owned Tour Ice in Twin Falls.

Denny was one of the kindest humans. He would do just about anything for anyone in need. He loved people and life. When he was younger, he was an avid skier and kayaker. In the late 70s, Denny and Steve Parks pioneered the Murtaugh stretch on the Snake River. The summer after he graduated high school, he and his brother Bob, rode their bikes from Twin Falls to Denver Colorado. Throughout his life, he was passionate about being on the river and did countless river trips with his friends and family. All these trips contained plenty of Coors beer and Falls Brand “pollie” backers.

Denny is survived by his two children Kyle and Melissa, his brothers Alex Sinclair, Bob (Janet) Keegan, and Pat Keegan. He was preceded in death by his parents Jim and Hellen, wife Shirley, and sister Mary Ann.

The family would like to express their gratitude to all the people who loved our dad. He was the best and will be missed. In lieu of flowers please consider donating to Idaho Rivers United, the Twin Falls Public Library or the charity of your choice. A private service will be held to celebrate Dennis’s life.
Read Less

Receive notifications about information and event scheduling for Dennis

There are no events scheduled. You can still show your support by sending flowers directly to the family, or planting a memorial tree in memory of Dennis Anthony Keegan.
Plant a Tree

We encourage you to share your most beloved memories of Dennis here, so that the family and other loved ones can always see it. You can upload cherished photographs, or share your favorite stories, and can even comment on those shared by others.

Posted Oct 12, 2020 at 06:41pm
We were saddened to hear about Denny. What a wonderful tribute you wrote to him. He would do anything for you and his friends. Such a kind man with that great Keegan smile. Lots of fun. He will be missed.
He will always be with you in your heart. May he rest in peace.
Susan and Rick Semba
Comment Share
Share via: 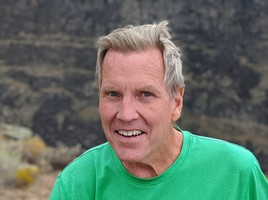