To share your memory on the wall of Cherie Wardell, sign in using one of the following options:

She was born in San Francisco, CA, Cherie graduated from Soquel High School in 1967 and lived in the Bay area until 1980. She then moved to Bu... Read More
Cherie L. Wardell, age 71 of Kimberly, passed away Wednesday, August 5, 2020 at her Residence.

She was born in San Francisco, CA, Cherie graduated from Soquel High School in 1967 and lived in the Bay area until 1980. She then moved to Burley, ID until 1998 then finally moved to Kimberly in 1998.

Cherie was a member of The Church of Jesus Christ of Latter-day Saints. She was a Primary leader and held many other callings in the Church.

A funeral service will be held Wednesday, August 12th, 2020 at 2:00 pm in The Church of Jesus Christ of Latter-day Saints - Kimberly 2nd Ward 222 Birch St. S. Kimberly, Idaho; a viewing will be from 1 to 1:45 pm at the church prior to the service with burial to follow at Sunset Memorial Park in Twin Falls Twin Falls , Idaho.

To send flowers to the family or plant a tree in memory of Cherie Wardell, please visit our Heartfelt Sympathies Store.

Receive notifications about information and event scheduling for Cherie Wardell

We encourage you to share your most beloved memories of Cherie Wardell here, so that the family and other loved ones can always see it. You can upload cherished photographs, or share your favorite stories, and can even comment on those shared by others.

Irish & Travis West, Dean and Jody Wardell, and other have sent flowers to the family of Cherie Wardell.
Show you care by sending flowers

Posted Aug 08, 2020 at 09:33pm
Sent with love and remembrance. Our thoughts and prayers are with you. Deepest condolences, Suzy, Hailey and Ethan Cook

Brian and Michele Hancock and Family

Brian and Michele Hancock and Family purchased the Peaceful White Lilies Basket for the family of Cherie Wardell. Send Flowers 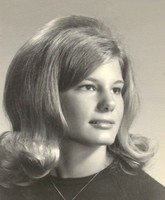