To share your memory on the wall of Arthur Baisch, sign in using one of the following options:

Print
Arthur Harry “Junior” Baisch passed away on Friday, January 29th 2021 at the age of 96. He passed in his own home surrounded by loving family per his wishes.

Arthur was born December 12, 1924 to Arthur George and Beulah (Butler) Bai... Read More
Arthur Harry “Junior” Baisch passed away on Friday, January 29th 2021 at the age of 96. He passed in his own home surrounded by loving family per his wishes.

Arthur was born December 12, 1924 to Arthur George and Beulah (Butler) Baisch. Both he and his older sister, Marjorie, were raised by good and loving parents on the family farm in Hazelton. Arthur proudly lived there his entire life. Sadly, Marjorie passed away at the young age of eleven leaving Arthur an only child. Arthur grew up on the farm to be hard-working, honest, helpful, caring, creative and self-sufficient. He worked on the farm, ice-skated on Wilson Lake, rode his horse to school as a young boy, and later played the trombone and became Student Body President of his high school class. He was also one of the first his age to own an automobile; a 1927 Oldsmobile from Baisch Motors in Twin Falls. He grew up in warm relationships with his extended family of aunts, uncles and cousins, and had many friends.

Arthur volunteered for service to his country in 1943 during WWII by enlisting in the Army Air Corps. He served as an armored gunner on a Liberator B-24 in Europe. He was honorably discharging in 1946. He was proud of his service, and additionally proud that he did not drink and gamble away his meager earnings as he watched many others do. He returned home to Idaho to complete an Associate’s Certificate in Cabinetry and Wood Working at Idaho State University.

In 1948, Arthur built a fine home on the family farm in his “spare” time using no power tools. It took him 2 years. He and his new wife, Barbara (Cypher), raised their six children there very near his parents. He was a successful and innovative farmer instilling his own good values in his children who were brought up as he was; working and learning on the farm. He was a wonderful supporter of his children and their various interests and activities doing all he could to provide them with the best of what they needed and desired. He always allowed each one to be an individual and was always proud of who they were.

In the early ‘80s Arthur retired from farming, but never from working. He started a new business: Arthur Baisch Building. He would take the call of anyone needing anything done around their home or business across the entire Magic Valley, and sometimes beyond. He was the handiest of handymen, and knew it all. He loved problem solving, working with his hands, and had every tool imaginable. There wasn’t anything he couldn’t do or make. He loved people, loved pleasing his customers, and became good friends with many.

Arthur was a car enthusiast, and owned many cool vehicles over his lifetime. He had a wonderful sense of humor, and was also a great dancer and bowler. He was an inventor, an avid hunter, a lover of children, and of animals. He had a good mind and a better heart; always making sure to be fair and kind. He was a wonderful friend, a good son to his parents and was devoted to his mother after his father’s passing. He loved his children and grandchildren with all his heart. Even though he was certain that he was far too busy, and still had far too many things to do, to be bothered with illness and decline we are happy knowing he is getting the peaceful rest of which he is so deserving.

Arthur was raised attending and participating in the life of the church, most recently with the (formerly) Valley Presbyterian Church. He was an Elder in the church, and his children attended Sunday School, Youth Group, and Vacation Bible School. His faith was very important to him, and he wanted his children to know and love the Lord as he did.

He was on the Board of the Hazelton Housing Authority for over 25 years. He served as Secretary on the Planning and Zoning Commission for Jerome County for five years. He was a member of the VFW, and the American Legion all of his adult life. Arthur was preceded in death by his parents and his dear sister Marjorie.

Special thanks to all at Hospice Visions Inc. and HomeLife Care, Inc. for the loving care given to Arthur and the family, to Preston at White-Reynolds Funeral Chapel, and to Sunset Memorial Park. The family would also like to extend a special thanks to Tammy Herman for all that she did for “Dad” over the years.

There will be a public viewing for Arthur on Friday, February 19th from 6:30pm to 8:00pm at Reynolds Funeral Chapel, 2466 Addison Ave E., in Twin Falls. The funeral will be live streamed on Saturday, February 20th beginning at 12:50pm. You can find the link to this live steam by going to the White-Reynolds Funeral Chapel Website (www.whitereynoldschapel.com) and clicking the ‘Arthur Harry Baisch’ obituary on the main page.

In lieu of flowers, donations in Arthur’s memory may be made to Evangelical Valley Presbyterian Church: 310 Park Street, Hazelton, ID 83335.
Read Less

To send flowers to the family or plant a tree in memory of Arthur Harry Baisch, please visit our Heartfelt Sympathies Store.

Receive notifications about information and event scheduling for Arthur

We encourage you to share your most beloved memories of Arthur here, so that the family and other loved ones can always see it. You can upload cherished photographs, or share your favorite stories, and can even comment on those shared by others.

Cathy & Jimmy Gower, Lonnie Deuel, and other have sent flowers to the family of Arthur Harry Baisch.
Show you care by sending flowers

Posted Feb 20, 2021 at 02:33pm
I remember Junior in our very early childhood. Our families were very close. Sending my prayers for you all!

Posted Feb 18, 2021 at 05:53pm
I cannot pick just one special memory as Art was the maker of memories. My family was so blessed to have had him in our lives. His smile had a way of lighting up all those around him. I cannot recall one time he did not have something uplifting to say. He guided me through some challenges in my life and his words of guidance will always be in my heart.

Needless to say, we will truly miss him but in my heart, I know he is dancing, smiling and enjoying all those that made it through those golden gates before him.

Posted Feb 18, 2021 at 04:43pm
Your amazing father, grandfather and mentor will truly be missed. The love he had for my family is something I hold very dear! Love to all!

Flowers were purchased for the family of Arthur Baisch. Send Flowers 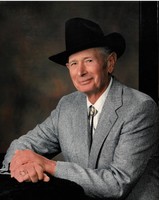 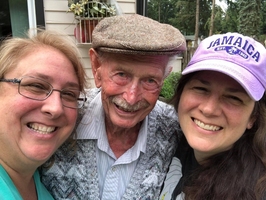