To share your memory on the wall of Wilma Hougaard, sign in using one of the following options:

After attending Snow College, Jack and Wilma continued their journey to Utah State University where Jack received a degree in Forestry and their oldest daughter Kathy Hougaard Lively was born. Jack’s career in the U.S. Forest Service took Wilma and the family on an adventure full of great memories and wonderful friendships. From Manti to Monticello, and Moab, Utah, the family moved to Idaho, adding Buhl, Gooding, Salmon, and Shake Creek Ranger Station to their “homes.” When Jack earned a master’s degree, the family moved to Ann Arbor, Michigan, and then to Ogden, Utah. Twin Falls, Idaho was their final destination and forever home. Along the way, four more children joined the family. Ethylen (Brad) Perkins, Halbert Louis (Becky) Hougaard, Michael John (Victoria) Hougaard, and Mark T (Stephanie) Hougaard. Twenty-one grandchildren and twenty-two great-grandchildren are blessed to call her Grandma.

Wilma was passionate about her family, politics and the Utah Jazz. She loved to dance, and she and Jack made countless memories with good friends, square dancing. Wilma also loved to read. Evenings at home often found her children curled by her side as she introduced us to the classics. Later in life, Wilma participated in Literary Club with good friends in Twin Falls. After Jack’s retirement, he and Wilma set out on a course of adventures that continued throughout Europe, Africa, and Canada. Some of their fondest memories were on horseback trails in the South Hills or in a Jeep in the Moab Canyonlands.

Wilma was a life-long member of the Church of Jesus Christ of Latter-Day Saints. Throughout her life, she lovingly served in many callings. One of her favorites was serving as the ward librarian where she was able to serve alongside dear friends. In her later years, Wilma received great joy from her ministering “angels.” Wilma cherished these wonderful friends and neighbors who so lovingly blessed her life.

Wilma is preceded in death by her parents and all of her siblings, as well as three of her beloved grandchildren. She is survived by her eternal companion of sixty-eight years and all of her children.
The family would like to extend a heart-felt “thank you” to the staff of Horizon Hospice and Syringa Place for their tender care of mom in her last months of life.

A funeral service will be held at 10 a.m. Wednesday, February 17, 2021 at The Church of Jesus Christ of Latter-day Saints – Eastbrook Ward building 847 Eastland Dr. N. in Twin Falls. A viewing will be held on Tuesday, February 16th from 6:00 to 8:00 p.m. at White Reynolds Funeral Chapel 2466 Addison Ave E. You may view a live stream of the funeral at https://youtu.be/jgQ9p2QhJGw. Interment will be Thursday, February 18th at the Manti City Cemetery.
Read Less

To send flowers to the family or plant a tree in memory of Wilma Tuttle Hougaard, please visit our Heartfelt Sympathies Store.

Receive notifications about information and event scheduling for Wilma

We encourage you to share your most beloved memories of Wilma here, so that the family and other loved ones can always see it. You can upload cherished photographs, or share your favorite stories, and can even comment on those shared by others.

Naomi Sallay, Shirleen Traveller, and other have sent flowers to the family of Wilma Tuttle Hougaard.
Show you care by sending flowers

From The Friends and Colleagues of Mike and Mark

Posted Feb 20, 2021 at 01:53pm
Our deepest condolences for your loss and our appreciation for all that Wilma, a clearly wonderful woman, meant in life. Our thoughts are with you.

Posted Feb 18, 2021 at 01:24pm
Thinking of you all during this difficult time. Michael - Your mother was a wonderful woman, I cared for her deeply. With love,

We would like to add our sincere condolences to you and your family. Last night we remembered the wonderful times we spent together at the cabin, traveling and in our homes. We will greatly miss Wilma. Because of current circumstances we are sorry we could not attend her service but did celebrate her life with you by watching it online. It touched our hearts hearing from your family and remembering our time together with you and Wilma. Thank you for making that possible.

Posted Feb 16, 2021 at 04:15pm
Dearest Jack and family.
I want to extend my deepest sympathy to each of you in the loss of of your beautiful wife, mother, grandmother and great grandmother. She was always so sweet to me when we lived next door and I loved sharing roses with her on warm summer mornings. She will be truly missed by everyone that ever had the opportunity to know her.
My love to each of you. God bless all.
Penny Newbry
Andy Newbry
Jana Newbry White

Posted Feb 16, 2021 at 12:16pm
To Jack and family-I will cherish the memories I have of Wilma. Much comfort and peace as you carry on and cherish her in your lives. 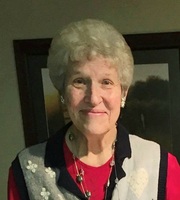 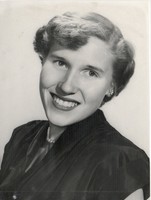