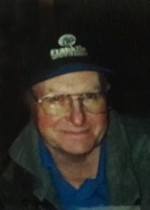 Roy Hayden Horne passed away on November 12, 2020 to be reunited with his love of his life and best friend Nancy Horne.
Roy was born on December 30, 1937 in Calgary, Alberta, Canada.
Roy at the age of 7 crossed over the border to Sweetgrass, Montana with his father Roy Harry Horne and mother Irene Isabel Jolin on April 10, 1945 to begin their lives at the Ross Park Golf Course in Pocatello, Idaho.
Roy’s parents were professional Golfers which explains Roy's love of golf and travel.
Roy graduated from High School in San Diego California and joined the US Navy in 1955. Due to health issues Roy was provided an honorable discharge from the Navy in 1957.
Roy moved to Salt Lake City, Utah where he met and married his best friend Nancy Jean Reynolds on January 7, 1966.
Roy and Nancy moved to the Twin Falls, Idaho area in 1977 to begin raising their family.
Roy began his career with Volco Lumber and continued to work with the company through its transition to Franklin Building Supply until his retirement after 33 years.
Roy loved sports, music, games, charities and performing. Amongst these things, bowling and golf were his true passions. He combined two of his loves, bowling and charities, wherein for many years he achieved personal praise from Jerry Lewis for the amount of funds he raised during the MDA bowling against muscular dystrophy.
Roy was a dedicated husband, father and friend. He will be remembered for many of his qualities and traits. One of which, was his dedication to his wife and her passion in life as a caregiver. Roy would go to the retirement home’s Nancy worked at on Sundays and perform as a singer for the residents. Roy brought happiness and joy with him wherever he went. He was known to always have candy in his pocket he gladly shared.
Roy leaves behind his son Hayden (Angie) Horne and daughter Heather Morgan. As well as 10 grandchildren and 3 great grandchildren.
A private Celebration of life will occur at a later date.
Donations to your favorite charity in Roy’s name would be continuing his legacy.