To share your memory on the wall of Roger McBride, sign in using one of the following options:

Viewing services will be held at Reynolds Funeral Chapel at 2466 Addison Avenue E. in Twin Falls, Idaho on Friday, February 21st from 6:00 p.m.-8:00 p.m. Funeral services will be held at the Church of Jesus Christ of Latter-Day Saints church building located at 1134 North College Road West in Twin Falls, Idaho on Saturday, February 22nd at 11:00 a.m. The burial will be at 4:00 p.m. in the Riverside-Thomas cemetery in Blackfoot, Idaho. Family and friends are invited to join and honor his life.
Read Less

To send flowers to the family or plant a tree in memory of Roger McBride, please visit our Heartfelt Sympathies Store.

Receive notifications about information and event scheduling for Roger

We encourage you to share your most beloved memories of Roger here, so that the family and other loved ones can always see it. You can upload cherished photographs, or share your favorite stories, and can even comment on those shared by others.

Posted Feb 20, 2020 at 12:54pm
Roger McBride was my dad's best friend from early childhood all the way until the week Roger passed away. Best friend is not a casual term for my father, Shirl Jackson, for it actually means brother to him. As best friends growing up, they played together and as adults, they sang together. Roger and Shirl could blend their voices together at a moment's notice and sing amazing harmonies to the greatest hits from Kingston Trio to John Denver and Peter, Paul and Mary. Shirl became a businessman from the big city and moved away from Idaho his whole adult life, but he taught us that visiting family back in Idaho was the best kind of family vacation. We always went to Idaho 1-2 times a year and often visited the McBrides. A few times they came and visited us too. We loved that big family with all the fun happy kids. We loved it when Roger pulled out the guitar and the two of them broke into song. We of course sang along too, but listening to them sing so well together was the real treat. My dad always embraced his friend lovingly and they cried tears of sadness whenever they had to depart. We love the whole McBride family for their love and loyalty to our family all these years. Thanks for sharing Roger with us, he will be sorely missed by all.

Posted Feb 19, 2020 at 12:16pm
Toni, I am sorry to hear about Roger's passing. He gets my "BEST HOME TEACHER" award. Phyllis Speirs
Comment Share
Share via:
JV

Posted Feb 18, 2020 at 11:18pm
Toni,I was so sorry to hear about Roger. What a good man. Give your family my sympathy. Thinking of all of you at this time. Please let me know if I can do anything for you. Janet Vermilyea
Comment Share
Share via: 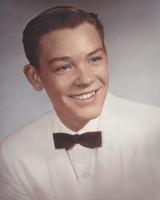 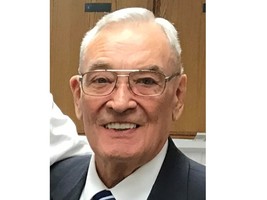