To share your memory on the wall of Rodney Mills, sign in using one of the following options:

Your condolence has been posted successfully

To send flowers to the family or plant a tree in memory of Rodney J Mills, please visit our Heartfelt Sympathies Store.

Receive notifications about information and event scheduling for Rodney

We encourage you to share your most beloved memories of Rodney here, so that the family and other loved ones can always see it. You can upload cherished photographs, or share your favorite stories, and can even comment on those shared by others.

Mike and Chris Stow sent flowers to the family of Rodney J Mills.
Show you care by sending flowers

Posted Dec 25, 2019 at 11:26am
My thoughts and prayers go out to you Linda and family. May God Bless you richly. Keep all the good times in your heart and mind and he will be with you forever.
Comment Share
Share via:
MS

Posted Dec 19, 2019 at 07:50pm
So sorry for your loss.
I met Rodney a few yrs at Oasis where I worked. He could always tell when I was down or having a bad moment,before he would leave,somehow he would put that smile back on my face.
RIP RODNEY
Mary
Comment Share
Share via:
BB

Posted Dec 19, 2019 at 03:14am
Linda and family, My family and I send our deepest sympathy. Rod was special. Our thoughts are with you. Barbara Brewster and family
Comment Share
Share via:
PT

Posted Dec 18, 2019 at 04:39pm
Pete and Elaine Thompson - We are so sorry for your loss. You have our most heartfelt sympathy and are in our thoughts and prayers. Our deepest condolences on the loss of Rod. May your beautiful memories sustain and bring comfort to you and your family during this time of grief.
Comment Share
Share via:
LW

Posted Dec 18, 2019 at 03:17pm
I'm the man standing beside him I wedding photos. as he did with me. Met Rod when I started school in Filer 1966. Immediately knew what he was about. New right away want to be around him especially test time in ag class. Fast-forwarding now. I've written down ao much about this man in the past few days, which probably would have been boring, mixed with a lot of emotion. Unless you have access to cyberspace it's gone but never forgotten. While working Howard and Rod there would be controversies and Howard would just have to be somewhere, because his son was in control of the situation. Rod had a knack for what he was doing, which could be most everything. He would talk about his times and respect for his grandfather. One night at the old Cenex store at curry he a set of headers hed ordered through J C Whitney or someplace. Late afternoon we open the box. Within 5 min that smile of his went to a very concerned look. A lot later I decided to leave. Rod with the blow torch in hand had that grin back . he decided that the Dodge engineers shouldn't have put this here and that there and at this angle, and the headers had plenty of airflows that could be cut down a bit. The next day it was running but sounded different which was part of the goal but wasn't quite running good and rattled. well, he gathered up some money and the next box was a camshaft. Maybe it was only a week later, seemed longer, he was at Arctic circle { we laughed about it during and later} Grandps car a nice well take care of, ran really well as was, became a nice-looking, bad sounding, terrible running piece of memorabilia. He, write me letters when in basic training about all the beer he was drinking. " 2% " alcohol. The custom farming operation suffered while he was gone. Howard kept counting down the days till his return. I paid off a Olds 442 . Withall the extra hrs I wanted to work it worked out good for me He bought a Dodge Charger. well just use your imagination what went on Sunday afternoons and Sat nights. We would meet at the Arctic circle on Addison at the car wash. when done shining. One thing left to do. Wet tires an audience on both sides of Addison, line them up and light them up. I had positive traction he didn't,Id' hit it full bore he had to back off the power to move. He'd go by West five points still smoking. He set up a blind date for me that lasted 25yrs When they moved to Jerome. he worked at Holtzen for a while. Seeing him in a truck didn't look right,. but he did it and did it with a smile With not much more than the desire, intelligence, and hard work he achieved Potato Grower of the year. This where I'm wanting to hear from others cause we didn't have much if any during quite a few years and only rumors. But you know when talking about things at different stages in our lives he would talk of a positive future and never what he didn't have always what does have. He could do anything. Back in the days of hippee movement, I thought about it and still have a little of that kind of spirit in me, but Rod showed me a joy o tilling the soil making them straight rows. When he moved on the bute I had just turned away from that house with some machinery, that opportunity that he made it work. One more thing. In an earlier post, I mentioned I still owed him a 100.00 it took 2 days till he handed it to me with no questions, He didn't have it to give, but he found a way and was never brought up again. 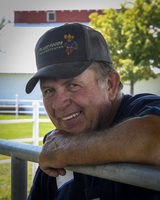 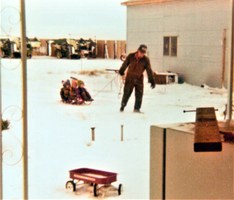 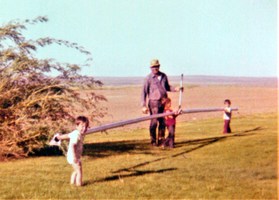 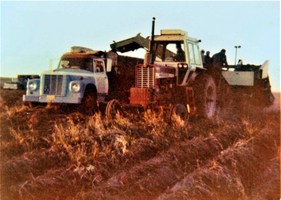