To share your memory on the wall of Marty Keele, sign in using one of the following options:

After high school, Marty worked in several jobs in the agricultural industry, including hauling hay with his dad for RM Keele Trucking. Marty worked for Western Alfalfa, Centennial Tractor in Hammett, Idaho and then Agri-Service for 22 years. In the last year and a half, Marty had started his own mechanicing business and started a job with Nevada Department of Transportation (NDOT). Marty was a talented mechanic and had built a large following, being known as “the only man that can fix it” to many people.

In 1989, Marty met his wife, Tanya Hinton, thanks to Marty’s dad, Richard. One afternoon in Bliss, Idaho, Richard, Marty and the hay crew went in to have lunch. Everyone sat at a table, except Richard. Richard sat at the counter talking to Tanya and said “do you mind if I give my son your phone number?” Tanya said “sure.” Richard put her number in his wallet. About 2 weeks later on a Saturday night, Marty said “I sure wish I had the phone number for that girl from Bliss” and Richard pulled out his wallet and handed Marty her number. They dated for 3 months and then were married in Elko, Nevada.

Nothing was more important to Marty than family. In their 32 years of marriage, Marty and Tanya had 2 children, Lei Loni and Dallas, and 3 grandchildren, Chandra, Nathanael, and Leith. They enjoyed being outdoors, camping, fishing, and just being together. Some of the family's favorite memories are bathing the kids in the creek at Hayspur. Dallas’ favorite memories are spending days in the service truck with Marty and learning from his dad. Lei Loni's favorite memory is riding around Nevada with her dad. They would stop at a casino for dinner, and Marty would let her play Keno but he would never give her any money.

Marty’s siblings have a lot of stories of the family growing up, which are pretty entertaining. The Bruneau dances were always a highlight for the family.

Marty’s mom was driving the kids to a basketball game and the cops came swarming in and pulled them over. She didn’t know the boys had snuck some whiskey into the pickup and they were a little “lit up.” The boys were sure someone had seen them drinking whiskey and the cops were after them. The cops came up to the door and said “nope…this isn’t them.” Whew….the cops were not looking for them specifically that night!

Their mom was the school bus driver. One day on the way home, for some unknown reason (said the boys), mom kicked Marty and Joe off the bus and told them to walk home. (Keep in mind, she would not kick anyone else’s kids off the bus…just her own…they deserved it!) It was about 8 miles home. A couple other kids were dropped off at home and felt bad for them and got on their motorcycles and went back to get Marty and Joe. They started down the road and a rock flipped up and broke Marty’s foot. Marty and Joe decided it might not be a good idea for mom to catch them getting a ride, so they decided to start walking again, and then here came mom and found Marty limping along. Even though they thought they were being sneaky, they still had to tell their mom to explain how he hurt his foot.

The stories could go on and on. Visit with the family and you can hear them all.

Words cannot express how much Marty will be missed. He was a dedicated family man, committed, and a friend to all. Marty never met a stranger, just a friend he had not met yet.

Family and friends are invited for a viewing on Sunday, December 20, 2020 from 5-7 pm at White-Reynolds Funeral Chapel 2466 Addison Ave E. in Twin Falls Idaho. Funeral services will be on Monday, December 21, 2020 at 11 am with viewing at 10 am at White-Reynolds Funeral Chapel. A live stream of the service can be viewed at https://youtu.be/wxXr1UfGbcM. Burial will follow at the Hazelton Cemetery.
Read Less

To send flowers to the family or plant a tree in memory of Marty Keele, please visit our Heartfelt Sympathies Store.

Receive notifications about information and event scheduling for Marty Keele

We encourage you to share your most beloved memories of Marty Keele here, so that the family and other loved ones can always see it. You can upload cherished photographs, or share your favorite stories, and can even comment on those shared by others.

Rob & Dina Grant, Cindy Scruggs and family, and other have sent flowers to the family of Marty Keele.
Show you care by sending flowers

Posted Dec 23, 2020 at 02:11pm
So very sorry to hear of this loss. I will tell you that when we have gone out to pick up/deliver things to customers several have said how much they miss Marty's expertise in fixing their equipment after he left Agri-Service. I know he cared so much for his family; you could tell by the way he talked about you. I know you will miss him but please try to remember all the good things as often as possible. My thoughts are with you all for peace in your hearts from this time forward.
Sincerely, Linda Brittsan
Comment Share
Share via:
RG

Posted Dec 20, 2020 at 03:07pm
Wishing you peace to bring comfort, courage to face the days ahead and loving memories to forever hold in your hearts.

Cindy Scruggs and family purchased flowers and planted a memorial tree for the family of Marty Keele. Send Flowers

Posted Dec 20, 2020 at 09:11am
Tanya, Sharon and I and the guys at the ranch here in Picabo are very sad for you and the family. We have many fond memories of Marty and you.

Posted Dec 19, 2020 at 09:30am
Please accept our most heartfelt sympathies for your loss... Our thoughts are with you and your family during this difficult time. 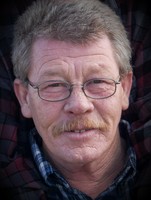