To share your memory on the wall of Raymond Jacobs, sign in using one of the following options:

In 1942 at the age of 17, Ray joined the Navy. He was serving on the USS Chevalier when on October 6, 1943 the destroyers Chevalier, O’Bannon, and Selfridge intercepted nine Japanese destroyers and destroyer transports attempting to evacuate troops from Vella Lavella, Solomon Islands. The Chevalier was struck on the port bow by an enemy torpedo blowing the bow off to the bridge. The destroyer O’Bannon which was following Chevalier could not avoid the damaged destroyer and rammed her in the aft engine room, flooding that space and stopping Chevalier’s port shaft. While making preparations to abandon ship, Chevalier’s skipper ordered the torpedoes in her tubes to be fired at the Japanese destroyer Yugumo. The burning Japanese ship blew up soon after. It was apparent that Chevalier could not be saved and “Abandon Ship” was ordered. Her crew was picked up by O’Bannon’s boats, and the Chevalier sunk the following day by a torpedo from a friendly destroyer. Her severed bow was located about a mile to the west and was sunk with depth charges. All but 58 men were rescued.

After his honorable discharge from the Navy, Ray moved to Glenns Ferry to work as the manager of CC Anderson Market. It was in Glenns Ferry where he met and married Ruby Slade. In their 63 years together they lived in Glenns Ferry, and Hailey, before relocating to Twin Falls, ID in 1956. Where Ray was employed by Sears as a division manager and retired in August 31, 1984.

In June 1978 they won the Reader’s Digest Springtime Sweepstakes of $67,000.00. When Ray retired from Sears he bought an Apple computer. He taught himself to code and write programs, so he could start investing in the stock market with his Reader’s Digest winnings.

Please know that while we would love to exchange hugs and shake hands, due to the pandemic, the family has tentatively planned a memorial gathering for 2021.
Read Less

Receive notifications about information and event scheduling for Raymond

There are no events scheduled. You can still show your support by sending flowers directly to the family, or planting a memorial tree in memory of Raymond D. Jacobs.
Plant a Tree

We encourage you to share your most beloved memories of Raymond here, so that the family and other loved ones can always see it. You can upload cherished photographs, or share your favorite stories, and can even comment on those shared by others.

Plant a Tree in Memory of Raymond
Plant a tree 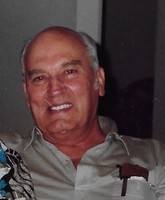