To share your memory on the wall of Priscilla Wilson, sign in using one of the following options:

Print
Priscilla Jean Wilson went to be with her Lord on January 14, 2020. Her son and daughter in law were present when she peacefully passed. Although her legal name was Priscilla, she preferred to be called Jeanie. She was born to Raymond W. Wilson an... Read More
Priscilla Jean Wilson went to be with her Lord on January 14, 2020. Her son and daughter in law were present when she peacefully passed. Although her legal name was Priscilla, she preferred to be called Jeanie. She was born to Raymond W. Wilson and Priscilla Nunez Wilson on December 19, 1930. She attended Polytechnic in Los Angeles California during her high school year. Jeanie married Joe Henry Ochoa on March 10th of 1951. During her marriage, she gave birth to 3 wonderful sons: Bill, Joe, and Raymond. Jeanie traveled a lot during her years married to Joe, as he was in the military and they were stationed for some time in Tripoli, North Africa. They also lived in Denver and Sioux St. Marie for short periods of time. When Joe retired from the military, they settled in Velinda, California, and made it their home. A short time later in September of 1969, Joe and Jeanie divorced. Jeanie later on met Maurice Valencia, and they got married on December 4, 1971. They then divorced in August of 1982. Jeanie was an avid bowler, and taught many youngsters how to bowl, including her own son, Raymond. She moved to Cascade, Idaho in 1993, and was asked shortly after her move to join the local women’s bowling league. She joined the team and schooled some of the young hotshot bowlers. Jeanie also became very active in the Lion’s in Cascade. For many years, Jeanie either performed or assisted in performing the sight and hearing testing in the schools around the area, which she thoroughly enjoyed doing. Many of the students would remember her name the next time they saw her, and they would fondly called her Ms. Jeanie. Jeanie was also incredibly skilled at knitting and crocheting; you were blessed if you received one of her beautiful afghans. She moved from Cascade to Boise because the winters were too difficult for her in Cascade, and then she eventually moved to Twin Falls to live with her son and daughter in law. Jeanie then moved to California to be with her niece and sister in the fall of 2018. She was there for about 6 months, but she missed Idaho dearly. She decided to move back to Twin Falls in the spring of 2019, which became her last move. Jeanie touched many lives throughout the years, whether it was through bowling, the Lion’s, a social gathering, or playing pinochle with the family. There were a few times even that we were able to take a moment and go fishing. There was one time that we have gone fishing and she came home all nice and tan, while I came home burnt to a crisp. However, we reached our limit for catching fish. Her favorite place to go fishing was at the Horsethief Reservoir. A few things people didn’t know about her: first of all, she could be quite adventurous. We were all in Pierce, Idaho on one occasion, and anyone who knew her quite well knew that she kept her vehicle spotless. Well, not this trip. Her Grandson convinced her to four-wheel up this fairly steep and very muddy hill. She actually went for it, and when she reached the top of the hill, she got out and gleefully exclaimed, “Whoo-Whee, we made it!” with her hands straight up in the air, celebrating her accomplishment. Her Grandson reminded her of how filthy her vehicle had just become. She took a moment and said “…oh well, it will wash.” Another little-known fact was that Jeanie absolutely loved the mountains. One of her favorite places (besides Cascade) was Yellow Pine, Idaho. She was in love with the trees and the beautiful scenery. There were many awesome sides to Jeanie. She enjoyed some of the finer things in life, but also appreciated the beauty in nature. She enjoyed cooking so much that she ended up perfecting it. She was well known for her delicious Cheese Cake and her yummy Pineapple Upside Down Cake. She liked to entertain and did her share of it until she wasn’t able to do it anymore. The grandkids had several names for her. One of them that her grandson Mike called her was four-wheeling Grandma, as he was the one who convinced her to climb the hill in Pierce with her very clean vehicle. The great grandkids called her GJ, which is short for Grandma Jeanie. She loved all of her family very much. She shared a very special relationship with her Great Grand Daughter Jasmin (Jazzy). They would spend hours sharing stories of their lives. Jeanie shared many stories about her childhood and her days in the military life, as well as her life to date. We are all sad that she is gone, but we are happy that she is in a better place. No more pain or heartache. We look forward to seeing her again someday. Priscilla Jean Wilson is survived by Sons… Joe Ochoa and Wife Lynn, of Texas and their sons Adam and Ryan. Raymond Ochoa and Wife Sandra of Twin Falls Idaho as well as their son Mike and his wife Miriam of Twin Falls Idaho and his Daughters Jasmin and Liberty also Daughter in Law Margaret Ochoa of Massachusetts and 3 children. She was preceded in death by both of her parents, 2 of her nephews and a few other beautiful people that were dear to her. We Leave this thought for you all. Our lives are not measured by our physical treasures that we leave behind but the treasures we leave in peoples hearts.
Read Less

To plant a memorial tree in honor of Priscilla Wilson, please visit our Heartfelt Sympathies Store.

Receive notifications about information and event scheduling for Priscilla

There are no events scheduled. You can still show your support by sending flowers directly to the family, or planting a memorial tree in memory of Priscilla Wilson.
Plant a Tree

We encourage you to share your most beloved memories of Priscilla here, so that the family and other loved ones can always see it. You can upload cherished photographs, or share your favorite stories, and can even comment on those shared by others.

Plant a Tree in Memory of Priscilla
Plant a tree 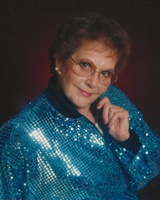