To share your memory on the wall of Phyllis Wiggins, sign in using one of the following options:

Print
Phyllis Wiggins, 66, of Jerome, Idaho, passed away September 18, 2020 in her home. She was the third and final born child of Byron and Elva Strickland.

Phyllis was born and raised in Reno, Nevada. She lived in Southern California for man... Read More
Phyllis Wiggins, 66, of Jerome, Idaho, passed away September 18, 2020 in her home. She was the third and final born child of Byron and Elva Strickland.

Phyllis was born and raised in Reno, Nevada. She lived in Southern California for many years. Phyllis had four children when she divorced form her first husband. In 1985 she met her soul mate, Doug Wiggins while in a bowling alley in Carlsbad, California. In 1986 she brought him home for her parents for approval and married him in the backyard of her parent’s home in Gooding, Idaho with her children and parents present.

In 1998, Phyllis and Doug moved to Jerome where they have resided ever since. In 2003, Phyllis endured losing her youngest child, Jeff, in an automobile accident. In 2006, she again suffered the loss of her oldest child, Jennifer, also in an automobile accident. In the same week of her daughters passing, Phyllis was diagnosed with a brain tumor. The surgery she had a week later deemed it malignant. After several brain surgeries and radiation treatments, Phyllis was granted remission and remained so for several years. The surgeries and radiation treatment took their toll on her health and abilities. They removed a lot of whom she was, however, she continued to be the best person she could possibly be.

Phyllis was an avid bowler and bowled in several leagues in the Magic Valley. She enjoyed the friendships she developed bowling and working. She had an infectious smile and loved to laugh.

Phyllis is preceded in death by her father (Byron), mother (Elva), son (Jeff Bennett), daughter (Jennifer Bennett), and one brother (Dee Strickland). Phyllis is survived by her husband of 34 years (Doug), a brother, two daughters, six grandchildren and four great-grandchildren.

A graveside service will be held at 3 pm Friday, September 25, 2020 at Wendell Cemetery in Wendell. You may leave a condolence for the family at www.whitereynoldschapel.com.
Read Less

To send flowers to the family or plant a tree in memory of Phyllis Faye Wiggins, please visit our Heartfelt Sympathies Store.

Receive notifications about information and event scheduling for Phyllis

We encourage you to share your most beloved memories of Phyllis here, so that the family and other loved ones can always see it. You can upload cherished photographs, or share your favorite stories, and can even comment on those shared by others. 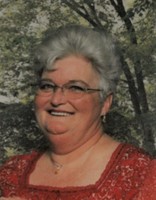