To share your memory on the wall of Nadine Smith, sign in using one of the following options:

Print
Nadine Marie Rousseau- Smith left her earthly bond behind on Sunday June 6, 2021 with her granddaughter by her side. She was 94 years old.

Nadine was born April 16, 1927 in Tarkio Missouri to Elmore and Zoe Craig- Rousseau. The family m... Read More
Nadine Marie Rousseau- Smith left her earthly bond behind on Sunday June 6, 2021 with her granddaughter by her side. She was 94 years old.

Nadine was born April 16, 1927 in Tarkio Missouri to Elmore and Zoe Craig- Rousseau. The family moved to Idaho when Nadine was around 7-8 years old.

During her lifetime, Nadine did more then just raise her children. She contributed to the household by working the local bean houses, she was a nurse’s aide while living in Rupert, bartender, she was a cashier at several of the local grocery stores and then finally retired from ConAgra in 1995.

The family would like to thank the caring staff of Heritage Assisted Living and Memory Care for the love and care they have given mom/grandma, the last couple of years and the extra mile taken during these last few months. Also, a heartfelt thank you to the team of Encompass Hospice for your compassion and care for Nadine and all of us. Last but not least, thank you to Marc and Carol Quilcy for EVERYTHING you have done for mom since she moved into Heritage. We can never start to repay you for your kindness.

A memorial service will be held at Reynolds Funeral Chapel on June 14, 2021 at 2:00 PM. A viewing will start at 1:00 PM. Following the internment at Sunset Memorial Park, a gathering will be held at the home of Rod Smith.
Read Less

To send flowers to the family or plant a tree in memory of Nadine Marie Smith, please visit our Heartfelt Sympathies Store.

Receive notifications about information and event scheduling for Nadine

We encourage you to share your most beloved memories of Nadine here, so that the family and other loved ones can always see it. You can upload cherished photographs, or share your favorite stories, and can even comment on those shared by others.

Love Doug and Deb sent flowers to the family of Nadine Marie Smith.
Show you care by sending flowers

Love Doug and Deb purchased flowers and planted a memorial tree for the family of Nadine Smith. Send Flowers 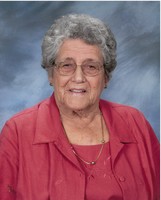 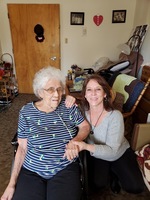