To share your memory on the wall of Mike Stastny, sign in using one of the following options:

School for Mike started at the old Bickel grade school and he graduated from Murtaugh High School in 1946. He was active in sports and graduated as the Salutatorian. Mike’s best friend begged him to attend college but Mike chose to stay in Murtaugh and farm with his father and brothers.

In 1950 Mike married Leota Willhite. They had a daughter, Julie, and were divorced several years later.

In 1964 Mike married Ruby Hieb. Mike and Ruby had 56 wonderful years together. They had one son, Shane.

Mike eventually took over the family farm and continued to farm for over 60 years. He was an excellent farmer and took pride in not only the crops but how the fields looked. He also had a huge garden and orchard and could always be found there before the farm day started and after it ended.

He was chairman of the Murtaugh Highway District for more than 25 years. He really enjoyed the position and always tried to do what was right. In later years when we drove Mike and Ruby around, Mike was always looking at the condition of the roads.

Mike loved to water ski, snow ski, hunt, and especially snowmobile. Mike bought his first snowmobile in 1965 and continued sledding until dementia forced him to stop in 2015. Mike and Ruby owned cabins in the south hills and at Smiley Creek. They and their numerous friends had many wonderful times at their cabins in both the summer and winter. Mike loved kids and always seemed to be a favorite of his abundant nieces and nephews. He taught countless kids to water ski and snow ski. Mike was an animal lover and said he couldn’t remember all the dogs he shared his life with.

He hated weeds and those nine Angus steers that we had to chase all over the county when they got loose!

In their later years Ruby and Mike were able to travel and spend a lot of time in Arizona with their 5th wheel. Mike especially enjoyed their visit to the Czech Republic where they were able to visit the land of his ancestors. Mike was fluent in the Czech language and was very proud of his heritage.

Mike was preceded in death by his parents and three brothers and four sisters. He leaves behind his loving wife Ruby of Twin Falls, son Shane (Belia) of Murtaugh, and daughter Julie Lierman of Jerome. Mike had three step-sons Larry Hieb (Sharon) of Twin Falls, Chris Hieb (Sheri) of Phoenix, and Roger Hieb (Sandy) of Lakewood, Washington, 15 grandchildren, 15 great-grandchildren, and 1 great-great-grandchild.

The family is grateful that Mike and Ruby were able to be in the south hills the day before Mike’s passing. He loved the mountains.

A graveside service will be at 11 a.m. Wednesday, November 25th at Sunset Memorial Park 2296 Kimberly Rd. in Twin Falls. A viewing will be Tuesday, November 24th from 6 to 8 p.m. at White-Reynolds Funeral Chapel 2466 Addison Ave E. in Twin Falls. A live stream of the graveside service can be seen by following this link, https://youtu.be/3frHsGbZ53M.

Condolences may be left for the family at whitereynoldschapel.com. The family requests that in lieu of flowers, donations be made to the St. Edwards Soup Kitchen in Mike’s name.

To send flowers to the family or plant a tree in memory of Mike Stastny, please visit our Heartfelt Sympathies Store.

Receive notifications about information and event scheduling for Mike

We encourage you to share your most beloved memories of Mike here, so that the family and other loved ones can always see it. You can upload cherished photographs, or share your favorite stories, and can even comment on those shared by others.

Posted Nov 15, 2020 at 12:41pm
So sorry to hear of Mike's passing. He was always such a joy to our family when we were snowmobiling. Vern and I enjoyed all of our rides with him and the support he showed Vern in the club. You are in our thoughts. Kay Rehn
Comment Share
Share via:
SA

Posted Nov 15, 2020 at 11:00am
So sorry for your loss. Mike was a good friend to my Dad through years on the highway district. They enjoyed talking farming whenever they could. My condolences to all
Sheila Bessire Adams
Comment Share
Share via:
KK

I am sorry to hear about the passing of Mike. He was an amazing, kind man. I will never forget going to the cabin at Smiley Creek and snowmobiling. Sending you all hugs and prayers.
Comment Share
Share via:
W

Posted Nov 12, 2020 at 10:59pm
Shane and family,
We were so sorry to hear of your Dad’s passing. He was such a good customer and friend all throughout the years he farmed. He was a good man and an excellent farmer always taking pride in his equipment. May you find comfort in God’s blessings in the coming days.
Always,
Wayne and Sylvia Goetz
Comment Share
Share via: 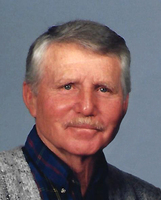