To share your memory on the wall of Marvin Reinke, sign in using one of the following options:

It was when Marvin ended up back in California and was attending school at USC that he and Beth reconnected at a campus youth church. This time he vowed not to lose touch, and they were married on September 6, 1969. Marvin and Beth moved around for several years, and started a family of their own in 1971 with the birth of their daughter Julie, and the family expanded when daughter Susan was born in 1977. In 1980, the family of four moved to Twin Falls, ID and Marvin built his first house. Even up to 2020, 40 years after building that house, Marv would still refer to it as his “new house”.

In Twin Falls, Marvin started Reinke Custom Carpentry, built several more new houses, and specialized in custom built cabinetry. His artistic nature lives on in his woodwork, which is not only in the houses he built, but in the church he loved – Immanuel Lutheran Church.

In his retirement, Marvin loved:
- Photography, especially once he purchased his first drone and could do aerial photography.
- Animals, especially his cats. It was rare for him to be sitting down without a cat in his lap.
- All things tech. He was an early adopter and loved showing off his toys.
- Recording the church services at Immanuel Lutheran Church. At first for radio broadcast, and later video recordings, which allowed home bound church members the ability to hear the word when they could not physically attend church.

Marvin was a firm believer in Christ and the resurrection. We all know that when the Lord brought him home on May 25, 2020, Marvin was exactly where he wanted to be – at home with God.

Marvin was preceded in death by Louis (father) and Doris (mother) Reinke, as well as his daughter Tayze Dunae (nee Julie Reinke), and his grandson PJ Burnett. He is survived by his wife of almost 52 years, Elizabeth, and his daughter Susan Herzog (Dylan), as well as his siblings Sharlene, Chris (Betty), Carolyn (Tom), Gerald (Karen), and Marian (Jay), as well as numerous cousins (it’s a big family!).

To send flowers to the family or plant a tree in memory of Marvin Frederick Reinke, please visit our Heartfelt Sympathies Store.

Receive notifications about information and event scheduling for Marvin

We encourage you to share your most beloved memories of Marvin here, so that the family and other loved ones can always see it. You can upload cherished photographs, or share your favorite stories, and can even comment on those shared by others.

Posted Jun 05, 2020 at 11:54am
Marvin was a friend and neighbor, and was helpful with some of our home projects. He and Beth were good neighbors and our hearts and prayers are with Beth and the Reinke family.
Comment Share
Share via:
HS

Posted Jun 04, 2020 at 06:51pm
Marvin was a kind man. He will be missed. Our deepest sympathies. From The Ceder-Reinke Family

Flowers were purchased for the family of Marvin Reinke. Send Flowers

Posted Jun 04, 2020 at 05:12pm
As you grieve know that we are remembering you and honoring the memory of "Marvin Reinke".

Posted May 28, 2020 at 06:00pm
Beth, Julie, and Family: May God give you much comfort, peace, and love at this time. Marvin will be missed. We look forward to seeing him again soon! 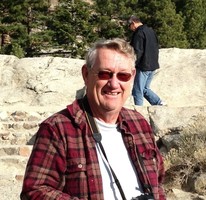 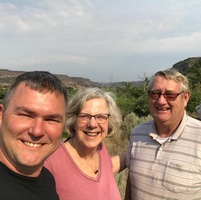 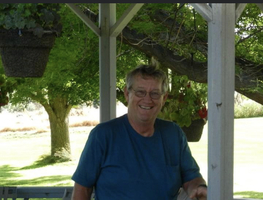 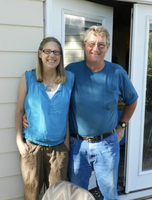