To share your memory on the wall of Mabel Modlin, sign in using one of the following options:

Mabel moved to Twin Falls, Idaho in 1937 with her family where she met and fell in love with Earl Jordan. They were married in 1937 and to this union were born her beloved children, Ruby Dell Crosby and John Clay Jordan. Mabel and Earl later divorced. In 1948 she married Harlan Eugene Modlin, the love of her life and soul mate. They were married for 31 short years when he passed away in 1979 of cancer. No other man could ever meet the standards of her beloved Gene and so she remained a widow for the next 41 years.

During World War II, Mabel went to California to work in the shipyards overseeing the blueprints of ship construction. Upon her return, she buckled down and studied hard to get her GED and CNA license, an accomplishment of which she was very proud. She worked at the Twin Falls hospital for many years as a CNA and later as a ‘Pink Lady’. She was also a Foster Grandparent for the Head Start Program for over ten years, loving every precious little child in her care.

She moved back to Missouri in 2004 to be near her younger sister and best friend, Mildred. Together they had many adventures, exploring nearby counties, afternoon drives, giggles and shenanigans of two ‘little old ladies’ on the loose. After eleven years, in 2015 Mabel wanted to be near her grandchildren and to spend her remaining days in the place she called "home", Idaho. So at 96 years old she packed up her things and headed West. She lived in her own apartment until she was 100 years old.

Mabel was a lifelong member of Southern Baptist Church both in Twin Falls and Cassville, Missouri. She was also a member of the Rebekah Lodge for over 50 years, holding many positions and titles. She loved to play pinochle, reading and crossword puzzles.

She was preceded in death by her parents, all her siblings, both her children, one grandchild and one great-grandchild.

A small family gathering will be held Friday August 7th, 11:00am at Sunset Cemetery. Arrangements are under the direction of Reynolds Funeral Home.
Read Less

Receive notifications about information and event scheduling for Mabel

There are no events scheduled. You can still show your support by sending flowers directly to the family, or planting a memorial tree in memory of Mabel Vera Modlin.
Plant a Tree

We encourage you to share your most beloved memories of Mabel here, so that the family and other loved ones can always see it. You can upload cherished photographs, or share your favorite stories, and can even comment on those shared by others.

Posted Aug 04, 2020 at 10:22pm
My beautiful Grandma, how I have so many memories with her. She was my hero and she will always be my heart.
One of my memories I have with her is a memory where she saved me from daily torture. Well torture in my little mind at the time.
My mother couldn't brush my hair without hurting me and putting my hair in pony tails so tight I had a headache or a braid that stuck straight out. Loved my mom very much but she just couldn't do my hair. One morning my mom was brushing my hair and I was sitting there crying. I told my mom to stop she was hurting me and to call grandma. Only grandma can brush my hair. So my mom called grandma. Grandma came right over wiped my tears away with her pretty handkerchief and brushed my hair so softly. I asked grandma if she could come over every morning before school and brush my hair and braid it for me? She said, she would. And she did for awhile till she said, its time for you to learn and she taught me. That is just one of my memories with my grandma that I love. She was always there for me all I had to do was call her.
Love her so very much! 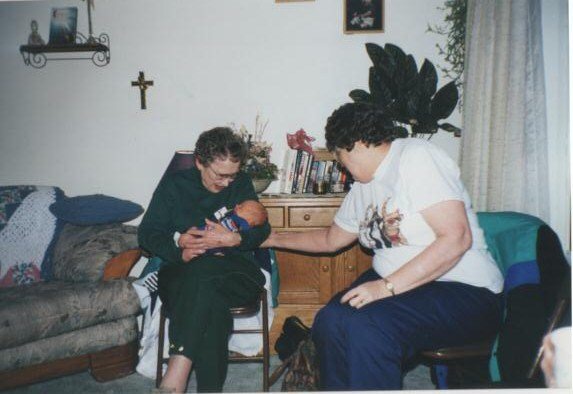 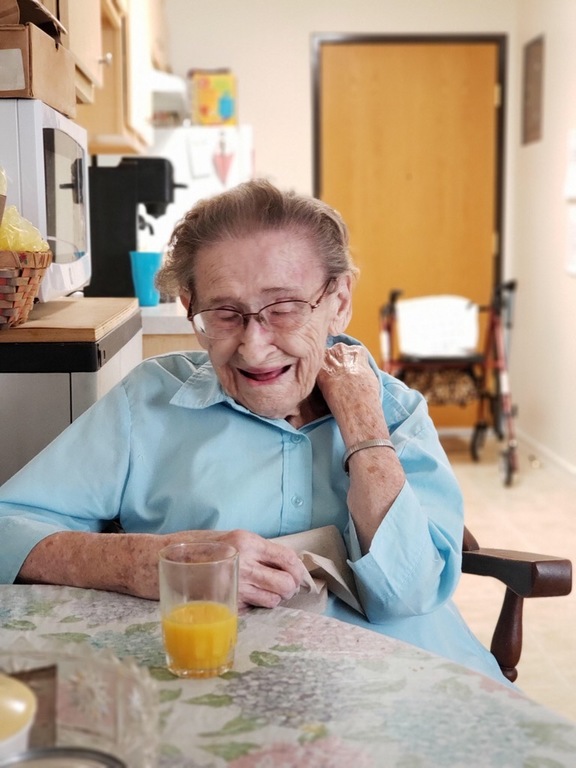 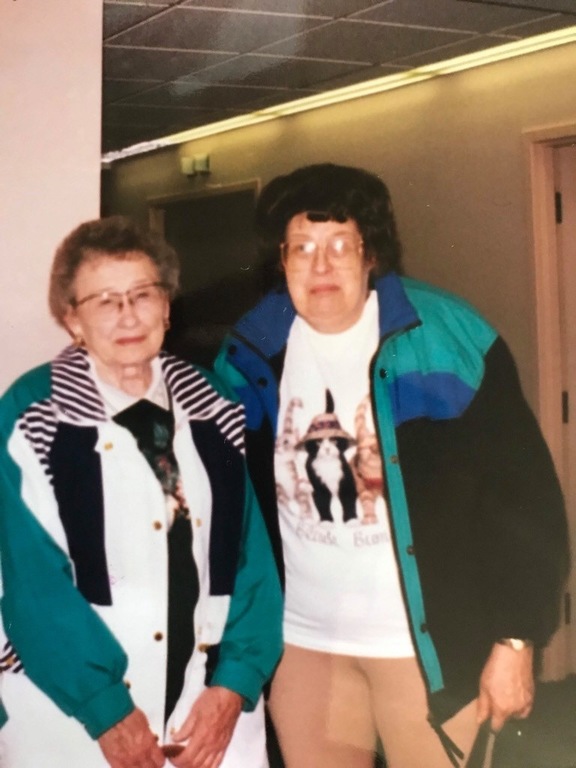 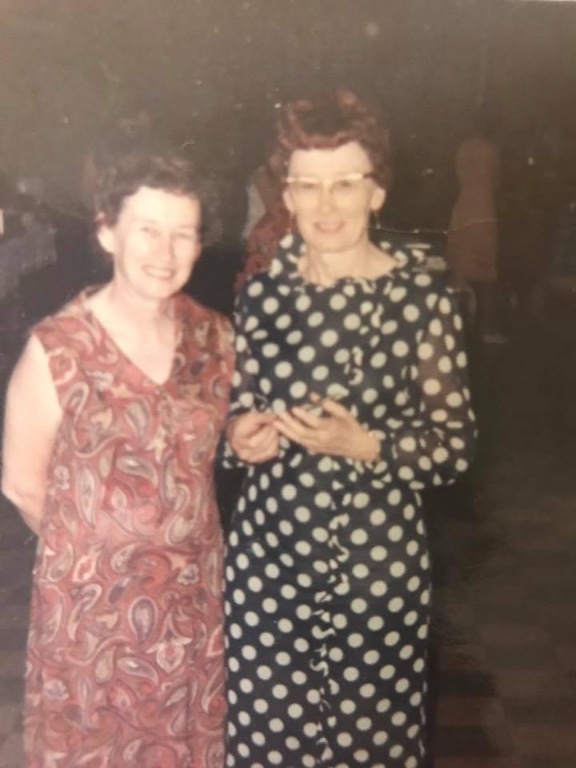 Nice photos of Grandma! I miss her already!!! 💞

Posted Aug 04, 2020 at 08:22pm
One of my favorite memories of Aunt Mabel was my husband and I going into her apartment and eating dinner with her and then sitting around listening to her tell stories about when she was younger and looking through her pictures.
Comment Share
Share via:

I Love You Auntie Mabel!!!
TJ

Posted Aug 04, 2020 at 02:21pm
Aunt Mabel brought so much love and wonderful memories to our lives. We will never forget her.

Posted Aug 04, 2020 at 01:56pm
My Dearest Grandma had such love for everyone, but especially for little children. They were all so very precious to her, her first question when we visited her was inquiring about one of her grandchildren, great or great-greats. She loved us all and equally. She had a laugh that was truly contagious and she'd giggle telling a story from years past and laugh just as hard as if it just occurred yesterday. To know her was to love her, many who just met her immediately loved her, she was just that lovable. She had a little bit of spunkiness, a pinch stubbornness, a great deal of silliness and a whole lotta love, all wrapped up in a perfect little package! I am blessed to have had her as my Grandma and I'll miss her every single day until I see her again as promised in the Bible. John 5:28,29 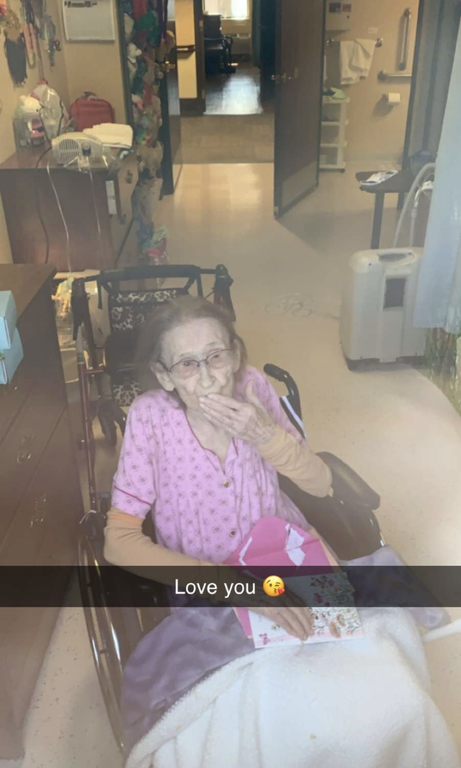 This picture was on her 101st birthday. It was a "window visit" due to the COVID-19 pandemic and no visitors were allowed inside. She was blowing a kiss through the window.
D

Posted Aug 04, 2020 at 11:01am
Aunt Mabel was a lovely lady she loved everyone. We enjoyed her when she was her in Missouri.
I remember a time Mabel and Mildred were determined to go to Butler mo.i. l told them not to because it's going to snow but they were determined to go.so we took them. Well it started to snow on the home . We couldn't see to drive but them to little lady just talk and laugh all the way home . No matter what they always had a good time.
Comment Share
Share via: 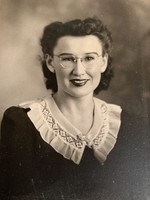 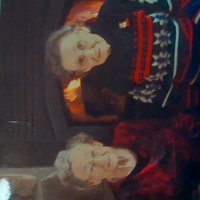