To share your memory on the wall of Kevin Cooper, sign in using one of the following options:

To send flowers to the family or plant a tree in memory of Kevin Lynn Cooper, please visit our Heartfelt Sympathies Store.

Receive notifications about information and event scheduling for Kevin

We encourage you to share your most beloved memories of Kevin here, so that the family and other loved ones can always see it. You can upload cherished photographs, or share your favorite stories, and can even comment on those shared by others.

Dave and Cheryl Brown and Nihad Smajlovic & Family sent flowers to the family of Kevin Lynn Cooper.
Show you care by sending flowers

Posted Sep 12, 2020 at 02:53pm
Remember that we love and care about you. We will always have our friendship bond, with heartfelt condolences, we love you. Dave, Cheryl and Stormey

Posted Sep 12, 2020 at 12:35pm
Our deepest condolences and thoughts. Kevin was such a light in our lives, the kindest, funniest and purest of hearts. You will be so missed.

Posted Sep 12, 2020 at 11:26am
We will always remember Kevin and the great times we had together. Our warmest condolences,

Posted Sep 10, 2020 at 02:33pm
Kevin was very talented at his artistic landscaping and special projects he did for us He also became a dear friend and will be greatly missed.

Our sincere condolences to your family. Sorry to hear of your loss, wishing you peace and comfort during this time. Paul & Michelle (Jordan) Whelan 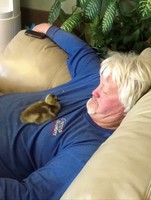 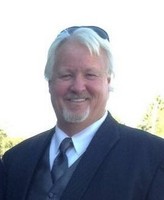