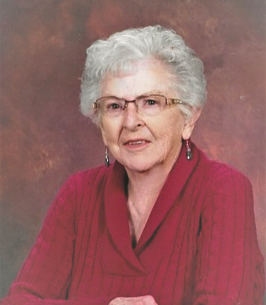 Joan was born on December 1, 1932 in Taunton, Massachusetts to Arthur and Alma King. She grew up in Taunton with her brother Art. Her childhood included spending her summers at her uncle’s farm in Canada, many of her best childhood memories are from those summer trips. In 1950, Joan graduated from high school. She went on to graduate from the Rhode Island Hospital School of Nursing, where she earned her Associates degree and became a registered nurse in 1953.

She also married Donald Walter in 1953 and began their life together in Pennsylvania. There she had her first two sons Kurt and Kevin. In 1961, they decided to move out west to Reno, Nevada because of Don’s health. In 1962, her third son Karl was born. She loved being a mother of three boys!
When Don passed away in 1964, she was left to raise those three little boys alone out west, and so she married Earl Joe Baker in 1965, and became Donna’s stepmother.

Joan and Joe spent many years taking the boys camping, fishing and hunting. One of their favorite places to go was Stanley, Idaho. They spent every summer traveling to Stanley to camp and fish for several weeks. In 1981, they decided they wanted to be closer to Stanley, so they moved to Nampa. While living in Nampa, Joan worked at several extended care facilities. She loved her patients and loved working with the elderly. She brought joy to so many of her residents every day.
In 2003, when caring for Joe became too difficult to do alone, she moved to Filer to be closer to Karl and his family. Joe died in October of 2004. While Joan lived in Filer, she became an active member of Filer First Baptist Church and made many friends.

On May 25, 2022, while staying at Serenity Transition Care, Joan went home to be with the Lord.
Some of Joan’s favorite things were her children and her grandchild. She loved crafts, making jewelry, watching dancing, and ice-skating. She loved to read maps and learn about new places. She loved the river and the outdoors as well as hunting, fishing and watching birds, her favorite were the humming birds. She especially loved dogs and ice cream. She could not resist either one. However, her favorite thing was people. She loved talking with people. She was so very kind, caring and loving. She would write to students that had gone away to college and soldiers that had gone into service. She was always thinking of others. Most everyone that met her loved her. Joan was especially skilled in giving advice in a way that was subtle, yet exactly what you needed to hear. Her kindness, wisdom and humor will be missed.

The family would like to thank the staff at Serenity for the excellent care and kindness that was given to Joan.
She was proceeded in death by her parents Arthur and Alma King, her brother and sister in-law Art and Joyce King and her two husbands Donald Walter, and Earl J. Baker.