To share your memory on the wall of Jason Carlson, sign in using one of the following options:

The Carlson’s enjoyed kayaking and exploring the outdoors together. Jason could often be found taking pictures of his sons’ extracurricular activities. In addition to photography, Jason enjoyed learning a variety of new hobbies including cooking for his family, competitive lock picking, building clocks, and operating ham radio. When he wasn’t busy mastering a new skill, Jason spent time caring for his wife and small dogs, who held a special place in his heart.

Jason dedicated his life to working with the mentally handicapped. In fact, his favorite quote was by Daniel Dennett, “The secret of happiness is: Find something more important than you are and dedicate your life to it.” He spent over 20 years as a program director at Clearwater Care Center. Jason was currently working as a special education teacher at Canyon Ridge High School in Twin Falls. He thoroughly enjoyed working with the staff and students. He also worked at Children’s Therapy Place where he made special connections with and was loved by his clients. Jason also volunteered his time to St. Jerome’s Catholic Church as an usher and other church activities. Jason was essential and appreciated in all workplaces, touching each coworker and client with his expertise and wit. He took enormous pride in his work throughout his career.

All who knew Jason can relate to his dry sense of humor. He described himself as “A human on a wet rock in an obscure part of a small galaxy spinning in the ever expanding universe.” Jason also believed there is good in all people. He was grateful for every little thing and had a positive outlook on life. Jason lived his life with no regrets.

I loved my time with Jason. He gave me unconditional love. We loved our time together. I will miss him. He will always be in my heart. – Karla

There will be no public service.
Read Less

Receive notifications about information and event scheduling for Jason

There are no events scheduled. You can still show your support by sending flowers directly to the family, or planting a memorial tree in memory of Jason Robert Carlson.
Plant a Tree

We encourage you to share your most beloved memories of Jason here, so that the family and other loved ones can always see it. You can upload cherished photographs, or share your favorite stories, and can even comment on those shared by others.

Posted Apr 05, 2021 at 11:58am
The last time we talked
You said you're perfectly alright
While waiting for your appointment with doctor
Your love
Your kindness
Your advice
And other encouragement
Will ever remain in my memory
Jason, sleep on beloved
You are not dead but sleep
On the Resurrection morning
We shall meet again.
Karla, take heart
May God take care of the family he left behind.
GOODNIGHT 🌹🌹🌹
Comment Share
Share via:
LM 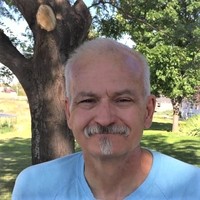