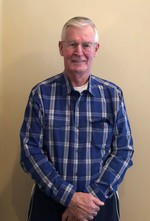 “Walleye” Jim McMullen left this world on October 14th to continue to a place he could keep on fishing. James Frank McMullen was born to Frank and Elizabeth on August 26th, 1942 in Washington. He grew up in Seattle with 2 sisters Sharen and Judy and a brother Sam. Jim married and had a son in 1965, James McMullen. While he loved his family, Jim was looking for something slower paced and scenic. In 1966 he landed in Twin Falls, ID and fell in love with this Valley. This is when his passion for fishing began. He had a fishing hole within an hour drive in every direction. James married again, acquired a stepson, Brad McMullen and had a daughter in 1976, Erin McMullen.

Jim never knew a stranger. He loved to talk about fishing and his adventures to anyone that would listen. He was never without a photo album and wanted the world to share with him in his passion. He also loved to talk about the weather and sports. He will always be remembered for his fish shirts, his toothpick, big laugh, and even bigger smile.

Jim spend the last decade spending time in Alaska during the summers. He had the best Alaskan family and his time there will be cherished, and he will be missed by all that knew him.
Upon Jim’s request, there will be no service at this time. His cremated remains will be scattered. A memorial will be held sometime next spring.

His family appreciates all the kind messages and calls. He was the sweetest person and had so many friends through so many channels of his life. While Jim was not ready to leave, it does give them great joy to know he will be fishing forever.

I pray that I may live to fish
Until my dying day
And when it comes to my last cast,
I then most humbly pray:
When in the Lord’s great landing net
And peacefully asleep
That in His mercy I be judged
Big enough to keep.