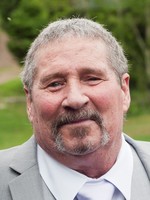 James “Jim” Edward Burrows Jr.
Jim went home to his Heavenly Father Saturday, Sept 26th in his son’s loving home in Twin Falls, Idaho. Jim was born in Boise, Idaho to his father James Sr. and mother Jean Burrows on May 18, 1952. He was a miracle baby that had been prayed for by his parents for a long time. Jim grew up, with his younger brother, John, enjoying everything about the outdoors and nature. He loved to camp, fish, and hunt with his family and friends.
Jim was the first of his family to graduate from the College of Southern Idaho with a 4.0 GPA in Welding. He went on to live in various places throughout his life working in farming. He continued to manage the land when he moved back to Idaho to be closer to family. Jim eventually labored alongside his brother at Pomerelle Ski Area, maintaining the equipment, building the outside grill, and enjoying the great outdoors.
He brightened everyone’s day with the easygoing smile he always wore. He was a cheerful soul at Albion’s Senior Center who loved to tease the ladies in the kitchen, and keep everyone guessing about what costume he would wear at the next event. Jim enjoyed driving his white side-by-side to Creekside every week to shoot-the-breeze with his friends. He was a man of exotic cooking experiences, which sometimes included peacock, beaver, and the occasional varmint. In his later years, Jim also loved raising chickens and rabbits, and watching the resident wildlife thrive outside his window.
Jim had a significant influence in Albion’s local politics and goings-on. He became a local celebrity when he made a campaign to save Albion’s turkey population, as well as going door-to-door to have neighbors sign a petition to have a previous mayor recalled.
Later in life, Jim became a proud member of the Church of Jesus Christ of Latter-Day Saints and welcomed many church members and missionaries into his heart and home. Throughout his life, Jim was known to be mischievous, but especially when it came to his numerous missionary friends. Stories abound about Jim taking innocent souls snipe-hunting or offering them the mystery meat dinner he had been stewing all day. There is even a rumor that Jim mailed an odiferous animal to a beloved Elder.
Proud grandfather, father, brother, uncle, and son; he leaves behind his only child, James Burrows III (Ashlee) and grandson little “J” Burrows IV. Jim is survived by his mother C. Jean Warberg; brother, John Burrows (Jodi, Maci Chesley, Kali Westfall and families), as well as many extended family members and friends.
Family would like to thank the countless healthcare workers at Cassia Regional Medical Center, St. Luke’s Magic Valley, the Cancer Institute and Harrison’s Hope that touched Jim’s life over the last few months and years. Thank you to the Relief Society of Declo and all of Jim’s friends for the love and support given. Please join us in a Celebration of Life that will be held in Jim’s honor on October 10th, 2020 at 12 pm at the LDS church in Albion.