To share your memory on the wall of Jack Scott, sign in using one of the following options:

Print
Jack Dean Scott, 89, moved to his forever home on the 24th day of August 2020. He is there with his lifetime love, Donna Faye Scott, and with the one who made it all possible, Jesus.

Jack lived a full, long, and blessed life. He was bor... Read More
Jack Dean Scott, 89, moved to his forever home on the 24th day of August 2020. He is there with his lifetime love, Donna Faye Scott, and with the one who made it all possible, Jesus.

Jack lived a full, long, and blessed life. He was born to Leonard and Lucille (Margrave) Scott on January 17, 1931, in Gordon, Nebraska. He was the third of six children, and from an early age he learned hard work and responsibility. Jack had many stories of helping his Dad and Grandpa farming. They worked the land with horses. He was also a romantic little guy; he kissed the sheriff’s daughter and the sheriff chased him off.

Looking for a better future than farming in Nebraska, Jack’s dad, Leonard, attended refrigeration school in Chicago. In 1942, Leonard traveled ahead of his family to Boise in search of a job, but Twin Falls was as far as he got. With just 35 cents left in his pocket, he found work at Wilson Bates, living off apricots and coffee for a week. After finding a refrigeration job with Detweiler Brothers in Twin Falls, Leonard was joined by his family. Jack learned the trade as well. In 1949, he graduated from high school and started a business with his dad, Scott’s Refrigeration. He went on his first service call on his bicycle carrying borrowed tools. Transportation for the second service call was a taxi cab; by the third service call, they were up and running with a company vehicle.

Jack proved to be a savvy businessman; the fact that he didn’t go to college didn’t matter one bit. Working with his father and brothers, the company grew—including a refrigeration equipment manufacturing company, Polar Manufacturing—and over time employed hundreds of people. Jack was an innovator. He installed the first modern supermarket heat recovery system in the nation, and with his son, Doug, obtained three patents in refrigeration technology. He ran the business in a fair and honest way; people said that you could “take his handshake to the bank.” It was a family endeavor as well—all his children and many of their spouses worked in the business. He passed on the Scott work ethic, instilled in him by his father, to his children and grandchildren. It was important to Jack that his employees carried with them a sense of responsibility and an awareness of their contribution to the company’s success. Many employees stayed with the company for decades. From the seeds of this family business grew the largest commercial HVACR service company in the country, CoolSys. Jack’s son, Greg, is the longest tenured employee, starting at 8 years old in 1963, and his grandson, Garett, was a fourth generation service technician.

A year or so after starting the business, Jack went on a date with Donna Stiles from Filer, Idaho. What started as a double blind date turned into a budding romance, which continued even as Jack served in the Navy during the Korean conflict. Jack and Donna were married on the 2nd of November 1952. They had six children, and eventually 21 grandchildren and 26 great- grandchildren. Their relationship was a shining example for all their kids and grandkids. They cherished and respected one another without end for 66 years; the thought of anything less never even entered their minds. The love that Jack and Donna shared grew stronger with time, and when Donna passed away in 2019, Jack knew more than ever that this world was not his home.

Throughout his life, Jack displayed character that is rivaled by few. He always put others first, even when he went through the hardest time of his life after Donna passed. He never felt sorry for himself, he was generous, loyal, honest, and thankful to God for all the blessings in his life. One wouldn’t describe him as a religious man; he was a righteous man. He believed in Jesus and lived his life in a way that honored Him. His prayers always focused on his children and grandchildren. He loved his country. He kept himself informed of what was going on and showed up at the voting booth without fail. His constant prayer was for this country to “get back on track.” He also donated 59 units of blood to the American Red Cross, just shy of the 60-unit pin.

In 1988, Jack sold Scott Polar Corporation to Toromont Industries, continuing as its president and growing the business to 13 branches in the West by the time he retired in 1997. Taking to retirement like oil takes to water, in 1999 Jack and Donna moved to an acreage near Thousand Springs and got to work. These were their golden years. Jack picked rock with Rosie (his backhoe) and dump truck, keeping a tally of all the loads. He ended up with a grand total of 1,266 loads. This created the biggest rock pile in the county and a rock chuck condominium. Over the next 18 years, they transformed the desert into their own heaven on earth. They built a beautiful log home overlooking the Snake River, with the flag flown high and proud for all to see. They started a small herd of lowline angus cattle, kept chickens and had a ginormous garden. Every day at 5 p.m. there was coffee. Many good memories are cherished by all their family and friends of the Christmas celebrations, Easter egg hunts, card tournaments, and—most of all—working with Jack and Donna at Wild Rose Ranch. If you wanted to spend time with him, you soon learned to bring gloves and work clothes.

Jack will be sorely missed, and we look forward to when we will see him again. He was preceded in death by his wife, Donna Scott; his parents; sister Peggy Varner; brother Clark Scott; son Kelly Scott; granddaughter Brenna Scott; and great-granddaughter Regan Scott. He is survived by sons Doug (Cindy) Scott of Atascadero, CA, and Greg (Karla) Scott of Idaho Falls, ID; daughters Kathy (Jon) Thomsen of Buhl, ID, Diane (Carl) Legg of Richfield, ID, and Kristy (Dave) Knecht of Sandy, UT; brother Dick (Jayne) Scott of West Jordan, UT; sisters Betty Hyder of Jerome, ID and Sandra Romans of Filer, ID; and many grandchildren and great-grandchildren.

To send flowers to the family or plant a tree in memory of Jack Dean Scott, please visit our Heartfelt Sympathies Store.

Receive notifications about information and event scheduling for Jack

We encourage you to share your most beloved memories of Jack here, so that the family and other loved ones can always see it. You can upload cherished photographs, or share your favorite stories, and can even comment on those shared by others.

Posted Sep 04, 2020 at 10:57pm
Jack and Donna were wonderful friends. I am sad to hear of his passing. Jack always treated my with kindness and respect. I think it was impossible for him to be unkind. I enjoyed work with him and with his children in limited ways. Jack and Donna should be and I am sure are very proud of all of their successful and talented children. I admire each of them and hope this time will bring peace in spite of the separtion.
Phil Jones

Posted Sep 01, 2020 at 10:13pm
My deepest sympathy to all of you in the passing of your dear father.
Penny (Shouse) Newbry
Comment Share
Share via:
P

Posted Sep 01, 2020 at 08:12pm
Uncle Jack was ALWAYS working at something. It wasn't hard for me to handle as he was like my dad and husband. He had a way of "disappearing" when the female relatives showed up. I was ornery enough to search for him & get a short visit in.
I respected Uncle Jack for his work ethic, for teaching his kids, and even some of the grands, his economic & work values, for being a protective and caring husband and father, and for living a good, clean life.
I'll miss having that cup of coffee and ribbing each other about our differing political beliefs.
Love you, Uncle Jack. See you up there later!
Comment Share
Share via:
JC

Posted Sep 01, 2020 at 12:01am
Kristy: Thank you for sharing such wonderful stories of your dad with me. He will be a part of you until you see him again. Love and prayers to you! 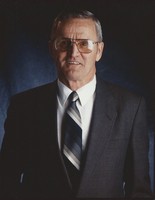 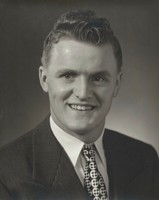