To share your memory on the wall of Harlin McMillen, sign in using one of the following options:

Print
Harlin Robert McMillen, beloved husband, father, grandfather, great-grandfather, and brother passed away on February 19, 2021. Harlin was born August 3, 1940 in Kimball, Nebraska to Junior Faye and Leona (Soule) McMillen. He was the first of three ... Read More
Harlin Robert McMillen, beloved husband, father, grandfather, great-grandfather, and brother passed away on February 19, 2021. Harlin was born August 3, 1940 in Kimball, Nebraska to Junior Faye and Leona (Soule) McMillen. He was the first of three children and enjoyed life on the Ranch in Nebraska. He was proud of his palomino pony that his grandpa Harley helped him train and learn to ride. In 1948 the immediate family moved to the Twin Falls Idaho area to seek better employment. Harlin’s mother Leona died when he was just 12 years old putting quite a strain on the family as Junior Faye was forced to raise Harlin and his younger siblings David and Mary without his beloved Leona.
Harlin married Loraine Van Houten on March 30, 1958. They had three children Christine, Brent, and Bob. He farmed in the early years of his marriage with the Hollifield’s in Hansen and later with the York’s in Hazelton. Harlin then moved his young family into Twin Falls to seek employment in the trucking Industry. Through his 50-year trucking career, he drove for Skinner Trucking, Montana Express, and K&T Steel. It has been said that Harlin “Has forgotten more about trucking than most drivers on the road today will ever know!”
On April 27, 1978, Harlin married Vera Noreen Shobe (Davidson) along with her three children Tim, Jone, and Jill from a previous marriage. Harlin continued to help raise Vera’s children as his own is loved by them as a second father. About that time, they moved to Eden and had the opportunity to farm with Harlin’s brother Dave. They farmed land just south of the Eden butte together and that gave them a chance to bond again as adults. Harlin went back to trucking a few years later but always spoke highly of those years with his brother Dave on the farm.
Through the years, Harlin enjoyed hunting, camping, snowmobiling, riding motorcycles, and 4 wheelers. These activities were always accompanied by family and usually by a couple of his close friends. When dad was out and about doing his thing, Curt Smith, Dick King and later on John Ehlers were usually close by. They claimed they tried to stay out of trouble, but they were not very good at it. When the wind blew Curt’s camp trailer over on the old Perrine Bridge with several of us kids in the pick-up, they said it was the second time they stopped traffic on the bridge. The first being when they lit straw bales on fire on one end of the bridge on a Halloween night in High School. Boys will be boys.
Harlin is survived by his adoring wife, Vera; his 3 children Christine Menchaca, Brent (Charleen) McMillen and Bob (Celeste) McMillen; his stepchildren Tim (Noni) Shobe, Jone Prescott, and Jill Sinkler; his sister Mary (Dave) Miller; 17 grandchildren; 27 great-grandchildren; 7 great-great-grandchildren, 1 niece, 3 nephews and many great nieces and nephews.
Harlin was proceeded in death by his parents, Junior Faye and Leona McMillen; his brother Dave McMillen; and his niece Jennifer Russo.
A public viewing will be held Friday, Feb 262021, from 6-8 pm at Whites-Reynolds Funeral Chapel, 2466 Addison Ave East in Twin Falls. Funeral services will be held at 10 am, Saturday, February 27, 2021 at White-Reynolds Funeral Chapel with viewing one hour prior. Interment will follow at Sunset Memorial Park. The family would like to thank the staff at Oak Creek Retirement Center and Whites-Reynolds Funeral Chapel for their excellent service to Harlin and the family. Live Streaming of the service can be viewed at whitereynoldschapel.com.

To send flowers to the family or plant a tree in memory of Harlin R. McMillen, please visit our Heartfelt Sympathies Store.

Receive notifications about information and event scheduling for Harlin

We encourage you to share your most beloved memories of Harlin here, so that the family and other loved ones can always see it. You can upload cherished photographs, or share your favorite stories, and can even comment on those shared by others.

The Family of Dave McMillen and Jonna Williams and Family sent flowers to the family of Harlin R. McMillen.
Show you care by sending flowers

The Family of Dave McMillen

The Family of Dave McMillen purchased the Medium Dish Garden for the family of Harlin McMillen. Send Flowers

Posted Feb 26, 2021 at 05:39am
Our deepest condolences and sincerest prayers for the McMillen Family. 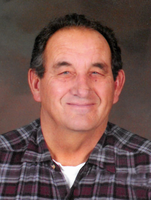