To share your memory on the wall of Gordon Curtis, sign in using one of the following options:

Gordon married Barbara Stewart and lived in Kimberly Idaho where they raised 4 children (Wendy, Ross, Leslie, Michelle) later divorcing at the age of 39. He then met a young beautiful 35-year old widow from Murtaugh, Ina Larae Nebeker Bates, who had 5 children of her own (Kent, Monte, Karrie, Tammy, Rodney). They married and bravely combined their families together June 12, 1976 residing in Murtaugh Idaho where they conceived their 10th child, Kolynn. Bringing the entire family together was a life challenge that only Gordon and Larae were able to accomplish together through great faith and perseverance.

Curtis was probably best known by magic valley businesses as a newspaper advertiser for The Times News where he began his 44-year career in 1967 under the tutelage of another long-time ad man, the late Wiley Dodds. Here he was well-known for his friendly demeanor and occasional wry jokes. He had previously worked as a manager of SavOn drug store and as a meat cutter in a Pocatello grocery store. Some of Gordon’s enjoyments included spending time with family and friends, watching television, playing computer solitaire, singing in local choirs, and solving numerous crossword puzzles. He enjoyed playing main roles in many musicals including Murtaugh’s Little Theater Group and Twin Falls Dilettantes. He sang in Church choirs and yearly Christmas programs.

A viewing will take place Thursday, October 29, 2020 from 5-7 pm at White-Reynolds Funeral Chapel 2466 Addison Ave E. in Twin Falls. Due to pandemic restrictions, funeral services will be attended by immediate family only, you may view a live stream of the funeral at 11 am by visiting https://youtu.be/2c8EWGSkN4k. Interment to follow at Sunset Memorial Park 2296 Kimberly Rd. at 2pm Friday, October 30, 2020.

In lieu of flowers please make a donation to your favorite local business in Gordon's name.
Read Less

To send flowers to the family or plant a tree in memory of Gordon Edward Curtis, please visit our Heartfelt Sympathies Store.

Receive notifications about information and event scheduling for Gordon

We encourage you to share your most beloved memories of Gordon here, so that the family and other loved ones can always see it. You can upload cherished photographs, or share your favorite stories, and can even comment on those shared by others.

Topher, Pattie, Chuck & Cindy, Much love - Tony & Juliet, and other have sent flowers to the family of Gordon Edward Curtis.
Show you care by sending flowers

Posted Oct 28, 2020 at 12:57pm
Kolynn, Jen and family - Our thoughts and prayers are with you and we are so very sorry for the loss of your Dad. May his memories fill your heart.

Much love - Tony & Juliet purchased flowers and planted a memorial tree for the family of Gordon Curtis. Send Flowers

Flowers were purchased for the family of Gordon Curtis. Send Flowers

Posted Oct 27, 2020 at 06:18pm
Dear Monte, Our thoughts are with you, your Mom, Larae and your whole family as you mourn the passing of such a wonderful father/husband/man.

From Buth and Marva and Carter family

From Buth and Marva and Carter family purchased flowers for the family of Gordon Curtis. Send Flowers 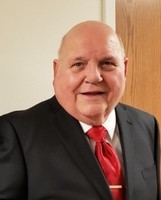