To share your memory on the wall of George Dumont, sign in using one of the following options:

Raised in Andover, Massachusetts on November 27, 1940, George was a beloved son to George and Yvonne (Paquette) Dumont along with two brother... Read More
TWIN FALLS - George Henry Dumont, Jr., 80 of Twin Falls, passed away May 7, 2021 at his home.

Raised in Andover, Massachusetts on November 27, 1940, George was a beloved son to George and Yvonne (Paquette) Dumont along with two brothers and four sisters.

In his early years he served four years in the Army where he was recognized as a sharp shooter. After his military service, he moved to Santa Monica, California with his brother John. He worked as a manager at ITT Gilfillan Inc in Van Nuys, an electronic company known for their radar systems. He worked his way up to senior management of the plant. This is also where he met the love of his life Lupe. He often told the story of how difficult it was to get a date with her. Their first date was at a hockey game.

They were married on April 18, 1970 at Our Lady of Lourdes Catholic Church in Los Angeles. They have two boys. George was born in 1973 and Jeff in 1977.
George worked hard to support his family and was a devoted husband, father and grandfather.

His hobbies included fresh and salt water fishing, shooting guns, watching the PGA and NFL. He loved watching classic movies such as What About Bob and On Golden Pond.

He was preceded in death by his brother Paul Dumont and sisters Joan Webb and Claire Derosier.

He will be missed dearly but his spirit will move on.
Read Less

Receive notifications about information and event scheduling for George

We encourage you to share your most beloved memories of George here, so that the family and other loved ones can always see it. You can upload cherished photographs, or share your favorite stories, and can even comment on those shared by others.

Posted May 16, 2021 at 06:31pm
Visiting the haunted houses. Fishing wherever we could find a hole. Hiding from Dad and work. When he and Lupe visited in Andover, going out to eat when both he and Lupe made us laugh so hard, my daughter and I had to run to bathroom. Traveling up Pacific Coast Highway on our trip. Enjoying both In fifth wheel at Jeffrey wedding. Las Vegas with my daughter. It just goes on and on. So many wonderful memories. He made my childhood a great adventure.
Comment Share
Share via:
MH 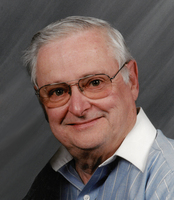