To share your memory on the wall of Edwin Prater, sign in using one of the following options:


Ed Prater, who was born in Southern Idaho and loved the Magic Valley so deeply in his heart that he never left, was one of those beautiful, rare blessings loved by all.... Read More
Edwin Foulk “Fast Eddie’’ Prater


Ed Prater, who was born in Southern Idaho and loved the Magic Valley so deeply in his heart that he never left, was one of those beautiful, rare blessings loved by all. He was a father to a large family stitched together by his caring touch. A friend to thousands, Ed had a massive heart, a warm soul and a comforting kindness.

He lived a life of passions beyond the state of Idaho. Family and friends. Dogs and cats. A legendary and visionary one-of-a-kind career. Sports and music. Golf and bowling. Cars and racing. His beloved mountains and rivers of the Wood River Valley - always with family and friends.

He kept his life sweet, smooth and simple - with a complete focus on all that mattered to him, right up until the days, hours and seconds when he wasn’t here anymore. And then, in a sad and sudden end to a full and brilliant life that had so much more to give, he was gone.

Edwin Foulk Prater, 81, was born to Norman Victor “Tom’’ Foulk and Thelma June Prater on May 22, 1939, in Boise. He was the grandson of Twin Falls County Sheriff Forrest Prater, and was raised in Twin Falls, where he lived his entire life until his death November 24, 2020.

Ed Prater cherished his childhood in the vast openness of Twin Falls, and grew up to become known as “Fast Eddie,’’ falling in love with sports, cars, racing and girls. He graduated from Twin Falls High in 1957 (in retirement he bought a restored ’57 Chevrolet to pay tribute to those early days), and after brief stops at the College of Idaho in Caldwell and Utah State University in Logan, he launched a 40-year career in business and broadcasting.

The legend of “Fast Eddie’’ escalated in the early 1960s, when soon after landing a DJ gig at KLIX Radio, he helped to promote a Paul Revere & the Raiders dance party at the Twin Falls Armory. Later that night at home, he sat on the floor and counted $1 bills - 400 of them. His passion for music and business never stopped.

Ed spun records on weekends at KLIX - and eventually bought into ownership of the most successful radio station in the Magic Valley, based on the popularity of country music and College of Southern Idaho basketball. He challenged the norms at KLIX when he insisted on playing “New Kid in Town” by the Eagles - considered too “pop” for a country format. He also worked as a program director for KEEP Radio.

He had the perfect charm - and hair - for television and became the sports anchor/director at KMTV-TV.

In his 30s, Ed owned and operated 8th Avenue Market, a small, wooden-floored corner grocery store in the heart of Twin Falls. In typical Ed business and sports style, the store logo ended up on the jersey of a son’s Little League team, which he coached, despite juggling family, multiple careers, travel responsibilities and his man-about-town popularity.

The grocery store business led to a long career with Hemenway and Moser, a wholesale grocery distribution company that later became known as H&M Distributing under his leadership. He began as a route salesman, visiting every small-but-growing town in the Magic Valley on a weekly basis, and eventually teamed up with others to buy the company, which he ran until retirement. His kids, and later his grandchildren, enjoyed easy access to endless candy and sports cards. To this day, inside Ed’s closet, 90 percent of his clothes are adorned with someone’s corporate logo … and he has a world-class collection of M&Ms memorabilia that will be impossible to throw away.

He was the play-by-play broadcaster for a championship era of Buhl High football and basketball in the 1970s and 1980s, and took pride one summer in being named grand marshal of the Buhl “Sagebrush Days” Fourth of July parade.

Later in his career, Ed did play-by-play for Twin Falls High basketball, a program he remained loyal to until his death. In retirement, Ed was often found at Twin Falls games, or watching the Utah Jazz at home on TV, or sitting in the grandstands at Magic Valley and Meridian speedways, where he was a passionate race car fan who always ended the night walking up and down pit lane.

More than anything else in his professional career, Ed Prater will be famously remembered as the “Golden Voice of College of Southern Idaho basketball’’ during the most dominant era in that program’s history. His radio play-by-play career lasted from the mid-1960s and into the 1990s, when his visionary leadership and business sense helped turn soldout CSI basketball games into a live television product in the Magic Valley.

For 30 years, the radio and TV voice of Ed Prater was associated with CSI basketball and their legendary coaches and players. The Golden Eagles played for the NJCAA national championship three times between 1971 and 1976, and won a title in 1976, when his courtside call from Hutchinson, Kansas, kept a riveted community listening on transistor radios. In 1975, Ed was named Idaho Sportscaster of the Year. His broadcasting legacy served as the inspiration for future successful sports journalism careers of sons Mike and Marcus.

Ed Prater attended a Super Bowl, the Indy 500, NASCAR racing events, and played golf in PGA pro-ams. He hit live music concerts into his 80s, and played golf and bowled with family and friends weekly until his death. A lefty on the links, he enjoyed the camaraderie equally at the Twin Falls “muni” and Blue Lakes Country Club. He had an intense and inspiring work ethic, and juggled many business hats, including executive membership positions with Blue Lakes CC, Twin Falls Golf Club, Idaho Golf Association, Elks Club and Twin Falls Rotary.

Still, the primary focus of his life always revolved around family, participating in and attending events with children and grandchildren, and spending as many summer weekends as possible at family cabins in the Wood River Valley. He didn’t hike, and barely fished later in life after originally introducing his children to brookies in Copper Basin and Warm Springs Creek, but the family patio hovering above Baker Creek with the Boulder Mountains towering nearby may have been his favorite place in the world.

Ed married Margie Butterfield on Oct. 19, 1961, and had Mike Prater and Marcus Prater. Ed and Olivia Oneida married Jan. 15, 1975, and together they raised Tony Prater, Tom Prater and Terri Vollmer.

Ed and Carol Nielsen married Feb. 2, 1992, and shared a beautiful and nurturing relationship that continued until his death, and beyond. With this union, three more wonderful children were added into our large and loving family; Kelli, Casey, and Nicholas Nielsen.

Ed - who had an obsession for apple and lemon fritters, Fig Newtons, banana ice cream “Creamies,” homemade tuna salad sandwiches and ketchup by the case - was his finest as a husband and father, always lending an open pantry, an open ear, an open mind, and an open dialogue of life. He was brilliant and steady in guiding his family through life's ups and downs, and created a foundation of good-heartedness, doing the right thing, always being available, and expressing love for all while sitting on the couch with a dog on his lap.

Ed Prater was preceded in death by his father, mother, grandfather, and his beloved grandmother, Hettie Prater.

Reynolds Funeral Chapel is conducting a private family ceremony Dec. 12 in Twin Falls. The Ed Prater Celebration of Life will take place in the spring.

Receive notifications about information and event scheduling for Edwin

There are no events scheduled. You can still show your support by sending flowers directly to the family, or planting a memorial tree in memory of Edwin Foulk Prater.
Plant a Tree

We encourage you to share your most beloved memories of Edwin here, so that the family and other loved ones can always see it. You can upload cherished photographs, or share your favorite stories, and can even comment on those shared by others.

5 trees were planted in the memory of Edwin Prater

Posted Dec 05, 2020 at 02:44pm
Ed Prater was one of my very best friends! The last few years we were on the phone weekly talking about the Utah Jazz, golf, cars, friends, you name it. I talked to Ed the day before he passed and he said that he was doing better and felt like he was getting better.I will always fondly remember driving to Meridian with Ed to attend the supper modified car races with his son Mike and brother in law Wayne.Prater knew all the cars engine specs and their drivers, especially the Pink Lady car. Thanks for being my friend Eddie. God Bless. Phil Jones
Comment Share
Share via: 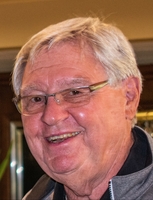 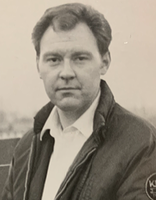 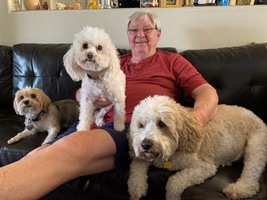 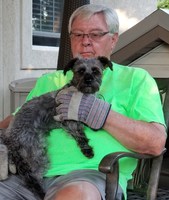