To share your memory on the wall of Douglas Christensen, sign in using one of the following options:

An excellent businessman, Doug worked for several retail chains before opening Christensen’s Department Store in Tooele, Utah in 1978. Doug and Arlene left Tooele and took over management of the Christensen's store in Vernal, Utah in 1989. In 2001, Doug and Arlene closed their Vernal store and moved to Twin Falls, Idaho where they became partners with some of their children in a home furnishings business. Doug retired from retail in 2007.

Doug had a great love for music, especially classical music. When Doug lived in Vernal, Utah, he founded a local symphony orchestra where he served as conductor for several years. Another great passion was the Book of Mormon and the modern-day residents of those ancient lands. Doug made several trips to Mesoamerica to study archaeology and serve the local people. He served in many capacities in his faith including Bishop and Gospel Doctrine teacher. In his later years, Doug pursued the passions of his youth: model trains and gardening, and he excelled at both.

In 2019, and after a lifetime of recurrent health issues, Doug was diagnosed with dementia. Doug’s sweetheart Arlene, along with all his children, cared for him at home until Doug’s physical needs exceeded their abilities. He spent a few months in a memory care facility until his physical health failed. The family brought him home on Sunday, September 13. Douglas drew his last breath in the early afternoon of September 14, 2020, surrounded by his family, with his sweetheart Arlene and several of his children and grandchildren at his bedside. He will be greatly missed by his loving family and all those whose lives he touched.

A Celebration of Life will be held at 11:00 am Saturday, September 26, 2020 at the Detweiler’s Farm at 2672 East 4100 North in Buhl, ID on Google Maps. Interment will be at the West End Cemetery in Buhl, Idaho. A live video stream is available at https://youtu.be/Hz1BBBafVrI or by the Webcast link in the photo section of his obituary page.
Read Less

To send flowers to the family or plant a tree in memory of Douglas Kay Christensen, please visit our Heartfelt Sympathies Store.

Receive notifications about information and event scheduling for Douglas

We encourage you to share your most beloved memories of Douglas here, so that the family and other loved ones can always see it. You can upload cherished photographs, or share your favorite stories, and can even comment on those shared by others.

THE NOFFSINGER COMPANY, Bill and Mary Cotton, and other have sent flowers to the family of Douglas Kay Christensen.
Show you care by sending flowers

Posted Sep 25, 2020 at 07:09pm
Arlene and family,
My sincere condolences to all of you at this time. I am so very grateful for all of you being in my life at the time you lived here in Tooele. Doug (Bishop Christensen) was a kind, generous, happy and loving man. I have great memories that I will always cherish. Sending my Love to all of you!
Susie Elliott
Comment Share
Share via:
TC

Posted Sep 23, 2020 at 04:33pm
OUR DEEPEST CONDOLENCES IN THE LOSS OF YOUR DEAR LOVED ONE. OUR THOUGHTS AND PRAYERS ARE WITH YOU IN THIS MOST DIFFICULT TIME.

THE NOFFSINGER COMPANY purchased flowers for the family of Douglas Christensen. Send Flowers

Posted Sep 22, 2020 at 03:23pm
Arlene, Shawn and Family. We send this with love and special remembrance of the wonderful role model Doug was to Shawn and your entire family.

Kim and Emily Christiansen and Family

Kim and Emily Christiansen and Family purchased the Medium Dish Garden for the family of Douglas Christensen. Send Flowers

Posted Sep 21, 2020 at 11:57am
Doug will always be remembered and missed by the Magic Valley Model Railroaders.

Flowers were purchased for the family of Douglas Christensen. Send Flowers 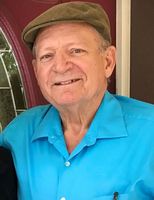