To share your memory on the wall of Bill Block, sign in using one of the following options:

Print
Delbert William (Bill) Block, Civil Engineer, Army Veteran, beloved husband, father and grandfather, passed away peacefully Friday, June 12, 2020, at his home in Kimberly, Idaho, with his family at his side. He was 79.
Bill was born March 21, 1... Read More
Delbert William (Bill) Block, Civil Engineer, Army Veteran, beloved husband, father and grandfather, passed away peacefully Friday, June 12, 2020, at his home in Kimberly, Idaho, with his family at his side. He was 79.
Bill was born March 21, 1941, in Jerome, Idaho to William (Bill) and Bertha Kulm Block. He grew up on a farm and dairy operation south of Jerome where he was happily busy driving trucks and tractors, bucking bales, and working with the dairy cows. Whether it was working or playing, he always enjoyed the company of his many Block and Kulm cousins and other friends. Bill went to Canyon Side Elementary School in Jerome and graduated from Jerome High School in 1959. Outside of the classroom, he also played basketball for the Jerome Tigers and served as president of his senior class. After graduation, Bill continued his education at the University of Idaho. With his major in engineering, Bill spent many hours studying, but also made time for friends and college events. Bill graduated from the University of Idaho in 1964 with a Bachelor of Science Degree in Civil and Agricultural Engineering. For his enrollment in the ROTC program, he received a Commission of Second Lieutenant in the US Army.
Bill’s first engineering job was in 1964 with the Charles W. Glasby firm in Twin Falls (later to become the J-U-B Engineering Firm). After several months, Bill received orders to report to Active Military Duty where he served from 1964 to 1966 in the US Army Artillery.
Bill married Sharon LaJean Stroschein on June 24, 1967. The couple met at the University of Idaho and were now looking forward to spending many happy years together. Making those 53 years even happier, two children were born, Brian, 1970, and Rachelle, 1975; and two grandchildren, Jackson, 2014, and Stella, 2018.
In 1967 Bill went to work for the California Department of Water Resources. He was actively involved in the State Aqueduct project which carries water from the Sacramento area to Southern California. At this time, he was working on the section near Bakersfield where a transfer station was being built that would pump water over the mountains into Los Angeles. After that project was complete, Bill went to work for Union Oil Company in Los Angeles and was involved in the business of shipping chemical fertilizers abroad.
Working in California was a great experience, but Bill and Sharon missed their home state and in 1972 returned to Idaho where they chose to live and raise their children. Bill was pleased to take the position of City Engineer for his hometown, Jerome; a few years later he was honored to join the firm of J-U-B Engineers in Twin Falls. Bill served as Regional Manager for many years and loved every minute of it. He and Sharon so much appreciated being back in their home State and with Idaho people. Bill appreciated working with everyone at J-U-B, and with residents of the Magic Valley, of Idaho, and of nearby states. It was just his style.
Some of the significant and meaningful projects he worked on included the City of Twin Falls pressurized irrigation system, several hydroelectric projects, and the expansion of the Regional Airport during the 1980’s. As some long-time Magic Valley residents may remember, the extension of the airport’s runway made possible the visit of President Ronald Reagan aboard Air Force One in 1986.
Bill was committed to his work and enjoyed mentoring young engineers. While an accomplished professional, he was truly dedicated to his family, and ultimately worked for the benefit of his loved ones. He was a wonderful caring husband and his children remember him as a kind and patient father. The family spent many happy hours together with trips to the mountains, boating, and all the other great recreational opportunities that this State offers.
He was active in the community and a devoted member of Immanuel Lutheran Church in Twin Falls. He loved and was loyal to God, his Country, his family, and his work. He is dearly beloved and will be greatly missed.
Bill is preceded in death by his parents. He leaves behind his wife Sharon, his son Brian, his daughter Rachelle and husband Eric, two grandchildren (Jackson and Stella), a sister Connie (Gene) Allen, a brother Kelly (Kitty) Block, two nieces, two nephews, an aunt (Elsie), and many Block and Kulm cousins.
A viewing will be held on Monday June 22nd from 5:00 to 7:00 pm at Reynolds Funeral Chapel, 2466 Addison Ave. E. in Twin Falls. A funeral is scheduled for Tuesday, June 23rd at 11:00 am at Immanuel Lutheran Church, 2055 Filer Ave. Pastor Roger M. Sedlmayr will officiate the ceremony. Following the service, a graveside ceremony with military honors will be held at Sunset Memorial Park beginning at 1:00 pm. Discretion is advised in attendance of all services due to COVID-19. The church will be observing social distancing measures, and wearing a mask is advised. In lieu of flowers, please send donations to Immanuel Lutheran Church or a charity of your choice. Condolences can be sent to Reynolds Funeral Chapel at the above listed address. The family would like to thank Idaho Home Health and Visions Hospice for their gracious efforts in helping care for Bill.

To send flowers to the family or plant a tree in memory of Bill Block, please visit our Heartfelt Sympathies Store.

Receive notifications about information and event scheduling for Bill Block

We encourage you to share your most beloved memories of Bill Block here, so that the family and other loved ones can always see it. You can upload cherished photographs, or share your favorite stories, and can even comment on those shared by others.

Love Vern and Jo, Ron Kulm, and other have sent flowers to the family of Bill Block.
Show you care by sending flowers

Posted Jun 23, 2020 at 02:10pm
Sharon, Deion & I were sorry to hear of your loss in Bill. Know that under other conditions we would have made the trip to be with you at this time. Our love and thoughts are with you and your family. Love Deion & Kathy Stroschein

Posted Jun 22, 2020 at 06:58pm
Our prayers and sympathies are with you during this difficult time. May Uncle Bill's legacy live long with this symbol of the outdoors he loved!

Posted Jun 22, 2020 at 03:01pm
Janet and I were sadden to see the passing of Bill, a great person. through the years it was always fun to visit with him at Doug Volmer's Christmas party about the past and present, and he was always proud of the daughter as we talked skiing. May god bless.
Jim and Janet Olson
Comment Share
Share via:
LJ

Love Vern and Jo purchased flowers and planted a memorial tree for the family of Bill Block. Send Flowers 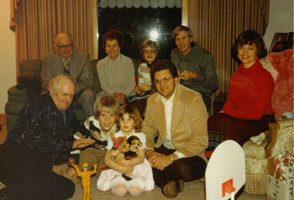 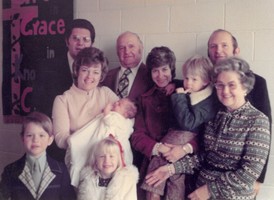 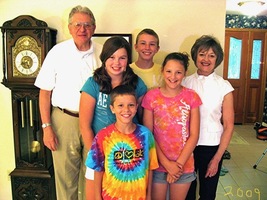