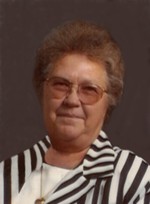 Charlotte Lorraine Short, 81 years of Twin Falls Idaho passed away September 14, 2020 at home with her family and friends in attendance.
Charlotte was born to Pauline Pearl Griffin and Jackson Carl Griffin May 30, 1939 in Twin Falls at Magic Valley Hospital. She was raised by her mother and grandmother out on the homestead near Shoshone Falls where she continued to raise their children and grandchildren. She had 4 sisters and oh did they have stories to tell, growing up out near the canyon. Mom and Dad met in 1954 at a dance and were inseparable from that moment on. They were married July 23, 1954 thus a new chapter in their life began. Together they raised 4 children: Mary Jane, Solon, Robert, and Teresa. Later on, they had the opportunity to adopt a grandson, Jeremiah. Their lives were full in raising their children and their children’s children.
Work history – She worked at Idaho Frozen Foods (Lamb Weston) for 17 total years in multiple areas, Green Giant in Buhl for 17 seasons. After her husband’s disability and he could no longer work they decided to work in Stanley cutting log pole timber for extra income about 10 years.
Some of Charlotte’s accomplishments were selling Avon, which she did well in and enjoyed immensely. Another was the goat dairy, Char-Way Goats. She showed her goats and has boxes of ribbons and awards. Charlotte was also asked to be a judge at judging competitions for the goats. Most people don’t know that she played the violin and was very accomplished at it. The high light in her life, besides her family, was finishing her GED at the age of 62. This was one of her proudest moments. She was an amazing woman with intelligence, a funny sense of humor, and a huge heart full of love for everyone. She had a voice of wisdom.
She was preceded in death by her parents, a son, a daughter, spouse, granddaughter, great granddaughter and 3 of her sisters. Charlotte is survived by daughter Mary Jane Melendez, son Robert (Lois) Short, a sister Bonnie DeVall, adopted grandson Jeremiah (Mandy) Short, 13 grandchildren, 29 great grandchildren, and 6 great great grandchildren.
We want to especially thank Visons Hospice for the love and care they gave our loved one. Kathy Harmon CNA, was very special to mom, Jean Zollinger RN, was very diligent in making sure that all our needs were met. Alyssa Palmer SS, was so much fun to work with. Thank you all for everything you have done for our family.
A viewing will be held from 12:30-1:30pm on Thursday, September 24, 2020 at White-Reynolds Funeral Chapel, 2466 Addison Ave. E in Twin Falls with a graveside service following at Sunset Memorial Park at 2:00pm. You may leave your condolences at whitereynoldschapel.com.