To share your memory on the wall of Barbara King, sign in using one of the following options:

Print
Barbara Jean King of Twin Falls Idaho went home to be with her mom and siblings on Saturday, June 5, 2021.

Barbara was born February 9, 1948 in Anacortes Washington. Some of her fondest memories were on her grandmothers farm in Mt. Verno... Read More
Barbara Jean King of Twin Falls Idaho went home to be with her mom and siblings on Saturday, June 5, 2021.

Barbara was born February 9, 1948 in Anacortes Washington. Some of her fondest memories were on her grandmothers farm in Mt. Vernon Washington, where her and her sister would spend time chasing cows and getting dirty. Barb spent many years working in retail in the Seattle area until the birth of her grandson, Gavin. When he was born she moved herself and her oldest grandson, Kyle, to Twin Falls Idaho in 2002. Once here, Barb worked at the "bank inside Fred Meyer" and she made many friends there. A lot of those friends became family for her. After she retired from the bank, she had many sushi dates, lunch dates and continued to bring them homemade treats that her and granddaughter, Gabriella, made for them. She was an active parishioner at St. Edward's church

Barbra’s true passion in life was her children and grandchildren. Barbara had 3 children, Kim Lorbiecki, Craig Lorbiecki, and Carrie (Donna) Forsyth-Ditmore. She was "gram" to many wonderful grandchildren: Kyle Lorbiecki, Gavin Pesek, Ethan Pesek, Zander Hall, Gabriella Hall, Parker Latham, Emma Latham, Katie Latham, John Kyle Davis, Adam Davis, Josh Lorbiecki and Kylie Lorbiecki. She always had her door open to the "orphan boys" that needed a place, a meal or just somewhere to hang out. Barbara was truly a Wonder Woman to us all. She made sure she was at every game and event for her grandkids. She was their biggest fan!! Sundays, during football season, when there was a Seahawks game to watch, she was with the family yelling at the t.v. She was an avid gardener, with lush greenery and flowers both inside and outside her home. A home that was open to everyone. Her love seemed to give everyone and everything around her an extra boost to their lives. Barbara’s greatest gift though, was her strength, wisdom and love of her family. She went on all the trips with her daughter and grandkids, hiked, camped, etc. If there was an adventure Barb was there. She will be so deeply missed and her absence will be felt for always. We love you mom/gram!

To send flowers to the family or plant a tree in memory of Barbara Jean King, please visit our Heartfelt Sympathies Store.

Receive notifications about information and event scheduling for Barbara

We encourage you to share your most beloved memories of Barbara here, so that the family and other loved ones can always see it. You can upload cherished photographs, or share your favorite stories, and can even comment on those shared by others.

Victor family and Linda Hurley sent flowers to the family of Barbara Jean King.
Show you care by sending flowers

Posted Jun 10, 2021 at 03:55pm
Carrie,
Your mom did not live on Kimes St. but we all knew and loved her as she came to see you and
the kids so often.
She always had a great smile and a big Hello to everyone anytime.
She will be missed by all!
Betty Thacker
Comment Share
Share via:
A

Posted Jun 10, 2021 at 08:37am
It’s hard to believe that Barb has gone home.
I will miss the honks every time she drove by the house, her big smile and wave always made me good.
The time she was doing the honk and wave just as I passed out in my yard. Barb and Carrie stopped and got me back on my feet.
We were never worried about Alex when he would say “ hey, I’m going to Grams to hang with Kyle “ or I’m going to meet Kyle at Miss Carries and the we’re going to hang at Grams.
Barb is loved by so many and always will be. We will miss her here , but know she is still looking out for loved one forever
Russell & Angie Brower
Comment Share
Share via:
VF

Posted Jun 08, 2021 at 04:28pm
Carrie and Family, you are in our thoughts and prayers. Barb has left a beautiful legacy in her children and grandchildren. She will be missed.

Flowers were purchased for the family of Barbara King. Send Flowers

Posted Jun 08, 2021 at 11:28am
My beautiful and treasured friend Barb! You fought the good fight and stayed strong! I love you, miss you and thank you for such inspirational memories you have left forever in my heart. Love you and the family! Christina
Comment Share
Share via: 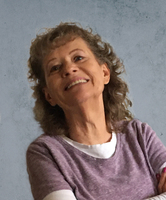 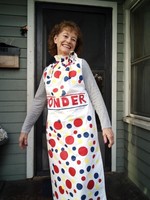 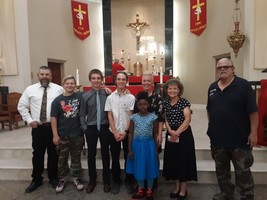