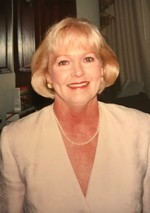 Ann Gideon, 77, passed away on April 30, 2022, in Twin Falls due to natural causes. She was born in Washington, DC, on July 15, 1944. Her father, Jim Lane, was stationed at the Pentagon at that time after returning from WW II. He died in an aircraft accident in 1954, and her mother Ann then married another Air Force officer, Whitey Hurlbut. The Hurlbut’s settled in Jerome, ID, after a full Air Force career. Ann and her husband Francis (Rusty) Gideon also retired to Idaho in 2000, having visited the Hurlbut’s many times over the years and appreciating the lifestyle and people of Southern Idaho. Ann’s siblings are Ted Lane of Yountville, CA, and Allison (Rod) Aguilar, of Walnut Creek, CA. She is also survived by her brother-in-law, Bill (Tammie) Gideon of Tucson, AZ, and her sister-in-law Anna (Andraes) Holzhausen of Germany.

After high school in Lancaster, CA, Ann attended Mississippi State College for Women (now Mississippi University for Women) from which her mother had graduated. In high school, she became a good swimmer, was a lifeguard and swimming instructor, the prom queen and a fashion model. As a college sophomore, she attended the University of Maryland in Munich, Germany while her father was stationed in France. That was great experience for a college kid who took advantage of being in Europe to travel, including one trip to the USSR. Ann returned to the States for her junior and senior years at Fresno State University. Ann and Rusty had known each other as neighbors at ages 3-4 in Washington, DC, when their parents were at the Pentagon. They reconnected the year Ann was in Europe, so she and Rusty carried on a long-distance romance for two years before marrying in 1966, as he was at the Air Force Academy while she was in Fresno.

For the next 34 years, it was the Air Force life for Ann. Her sweet disposition and kindness made her a friend to everyone who knew her. She lived in 17 different houses in 12 locations, including the United Kingdom while rearing two amazing children, Bill (Beth) and Courtney (Shaun) Seredni. The grandchildren, Lucy and Sean Gideon, and Ann and Diana Seredni were the loves of her life, but, unfortunately, they lived in the East, so Ann did not get to see them often during their formative years.

Ann spent the Air Force years rearing her children but was also active in many ways serving whatever community in which she lived. Throughout her Air Force life, Ann was an exceptional homemaker, wife and mother. She loved to entertain, and the Gideon’s home was party-central on all the bases where they lived. She was a substitute teacher for several years at Edwards AFB, CA, a docent at the Air Force Museum at Wright-Patterson AFB, OH, a Red Cross volunteer, Girl Scout leader and board member, and performed a clown ministry. She loved dogs and had many throughout her life. Most of them showed up at home when Rusty was away on business as a fait accompli. For several years the family also owned a few horses for Courtney during her high school years.

Ann and Rusty retired in 2000, living in a home on the Snake River Canyon east of Twin Falls, and finally moved into Twin in 2015. Ann was very active with the Food Pantry at St. Jerome Catholic Church for years, and later attended St. Edward’s Catholic Church when they moved to Twin Falls and was in a local PEO Chapter.

Ann had many good friends throughout her years in the Air Force who filled her life with joy and love. Ann and eventually Rusty will be buried at the US Air Force Academy cemetery, a beautiful spot at the foot of the Rocky Mountains to spend eternity.